Manchester United forward Memphis Depay has dedicated the 3-2 win over Southampton to the injured Luke Shaw.

Man United went behind at St Mary’s but eventually won the game thanks to a brace from Anthony Martial and a strike from Juan Mata.

Meanwhile, Shaw watched from the sidelines as he recovers from the double leg break he suffered against PSV Eindhoven last time out.

Memphis has established a good relationship with Shaw since his summer arrival and he dedicated the three points to his teammate following the game: 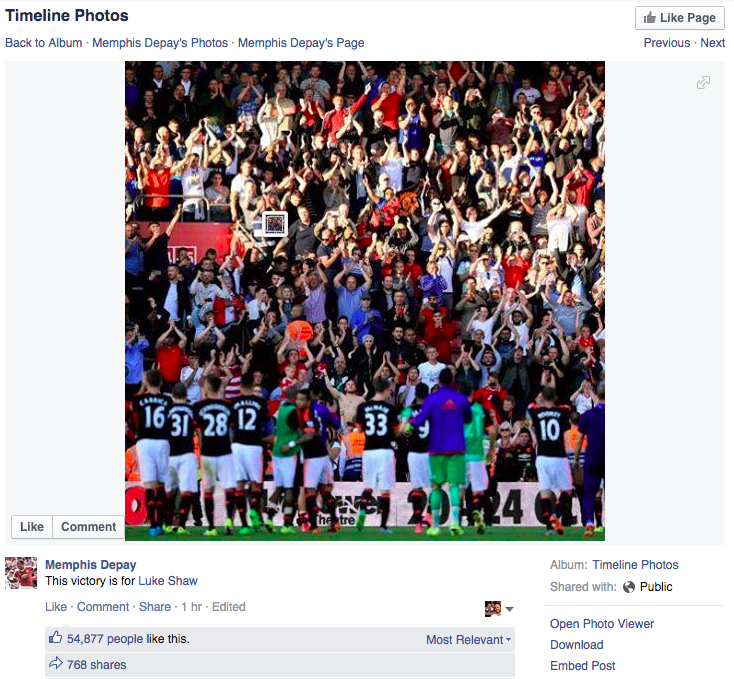 It is clear that the players at United have developed a tight bond and there has been widespread support for Shaw from everyone at Old Trafford.

Whether or not the young Englishman plays again this season remains to be seen but he will have the backing of his teammates every step of the way. Supporters will want to see Memphis and Shaw bombing down the left wing again as quickly as possible.