Anthony Martial and David de Gea have been named in BBC Sport’s Team of the Week by Garth Brooks.

Both players were instrumental in Manchester United’s 3-2 win over Southampton and they deserve their spots in the best XI of last weekend.

Martial followed up his dream debut against Liverpool with an even better performance away to Southampton which saw him score two goals and rightfully earn the Man of the Match award.

As much as Martial’s goals were important for United’s win, De Gea was inspiration in goal and his six saves on the day made it possible for Louis van Gaal‘s side to come away with all three points. 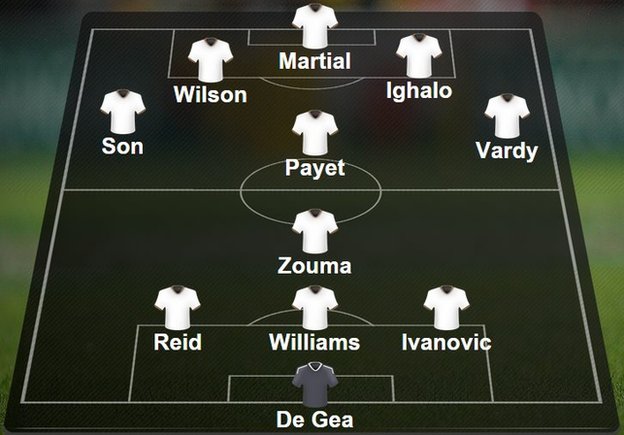 Brooks also named Martial in his previous Team of the Week, so the French youngster has been named in both in his first two appearances for United which is indicative of how well he has started.

Harry Redknapp also named De Gea and Martial in his Team of the Week which, again, isn’t surprising because of how influential they were.

United were ridiculed for how they acted at the end of the summer transfer window but was there better deadline day business than signing Martial and keeping De Gea? I very much doubt it.