Manchester United return to the Capital One Cup on Wednesday night with a home tie against Ipswich Town.

After last year’s disastrous 4-0 third round defeat to MK Dons, Louis van Gaal won’t be taking this game lightly at all, so I expect to see him play a strong team on Wednesday.

James Wilson and Jesse Lingard have started for Man United’s U21s tonight but I would really like to see both start against Ipswich because they are in desperate need of first-team action.

Surely a home game against Ipswich in the Capital One Cup is about the perfect opportunity for the youngsters to play? 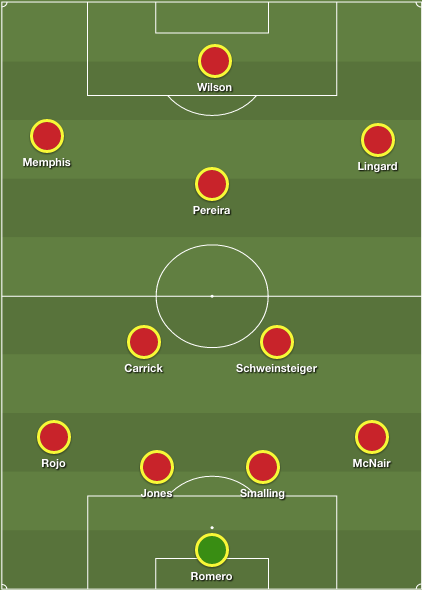 Pereira was top drawer on the pre-season tour and really deserves his chance, so it would be a big surprise not to see him starting in the No.10 role.

Bringing Phil Jones back into the team now that he is training may well happen too. What better way to return to match fitness than to play a match?

As for elsewhere, there are plenty of positions which are debatable with multiple players who could feature but that’s all subjective.

Let us know who your starting XI would be against Ipswich Town.