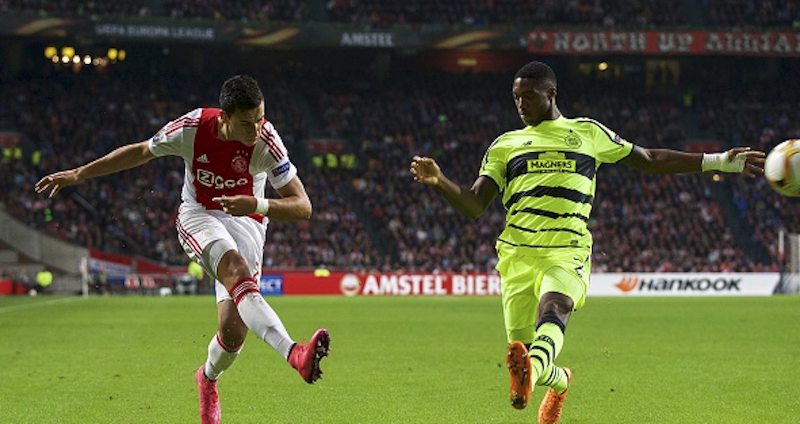 Tyler Blackett started for Celtic last night as the SPL champions confidently produced a 2-0 win in the League Cup against Raith Rovers.

He started the game at centre-half, played there for the full 90 minutes and produced a solid defensive performance in Celtic with a home clean sheet.

It’s good to see that Blackett played the full 90 minutes and hopefully the decision to start him continues. Blackett’s next potential game is a big one up against Hearts.

Adnan Januzaj was an unused substitute as Borussia Dortmund drew 1-1 with Hoffenheim at home last night. Ex-United player Shinji Kagawa started for Dortmund but on this occasion was unable to convert.

Januzaj’s next potential chance to get on the pitch is this Sunday as Dortmund host Darmstadt 98 in their 7th Bundesliga fixture of the season.

Dortmund have a tough run of fixtures approaching, mixed between the Bundesliga and Europe, so Dortmund boss Tuchel is likely to rotate his squad and give Januzaj plenty of minutes.

With Bayern Munich smashing Wolfsburg in the Bundesliga, courtesy of a magical five goals from Robert Lewandowski in just nine minutes, Dortmund have some really tough competition this season but are competing with them right at the top of the table.