When Anthony Martial was signed in the summer, everybody expected him to be bedded into the team slowly so as to avoid piling added pressure on his shoulders.

Yet, going into the Sunderland game, he is arguably the first name on the team-sheet thanks to a wonderful start which has seen him score four goals in his first four appearances for Man United.

They say the hardest thing in football is scoring goals but somebody needs to tell Martial that because he makes it look so easy. As long as he is maintaining these sorts of performances, there is no chance he’ll be dropped out of the starting XI.

Sometimes it is the right thing to do to keep a new signing, especially a youngster, out of the limelight and introduce him to the starting XI slowly but Martial is a special case. He’s flying and United simply need to let him keep going.

Everything right now revolves around Martial and for a 19-year-old to be having that influence at United is magnificent. On the other hand, it does highlight how poor we were in attack without him but moving forward, he has already shown he’s got the star quality needed to succeed at Old Trafford and the test now is whether he can maintain that. 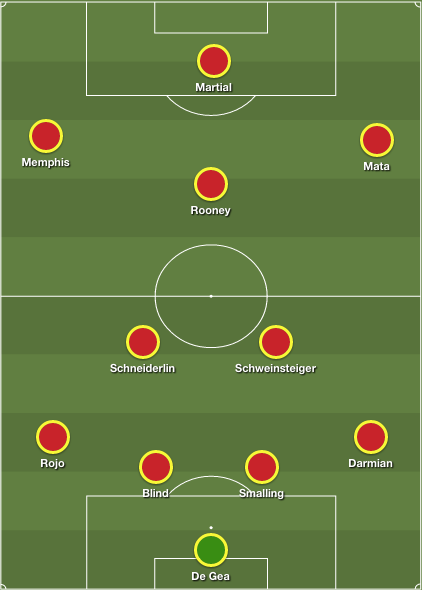