Potential XI: Manchester United vs Wolfsburg with Martial and Schweinsteiger

Only a few days after the 3-0 win over Sunderland on Saturday, Wolfsburg will be visiting Old Trafford for the second group stage game in this season’s UEFA Champions League.

After the loss away to PSV, it is essential Louis van Gaal‘s side come away with three points and that’s why he is likely to put out a very strong team despite the fact that we travel to Arsenal only a few days later in the Premier League. These sorts of regular fixtures always test the strength and depth of a club’s squad, something which will happen to United.

Putting Bastian Schweinsteiger in midfield would give United that much needed calm in the middle and keeping Anthony Martial in the starting XI means that pace up front is always going to be there. 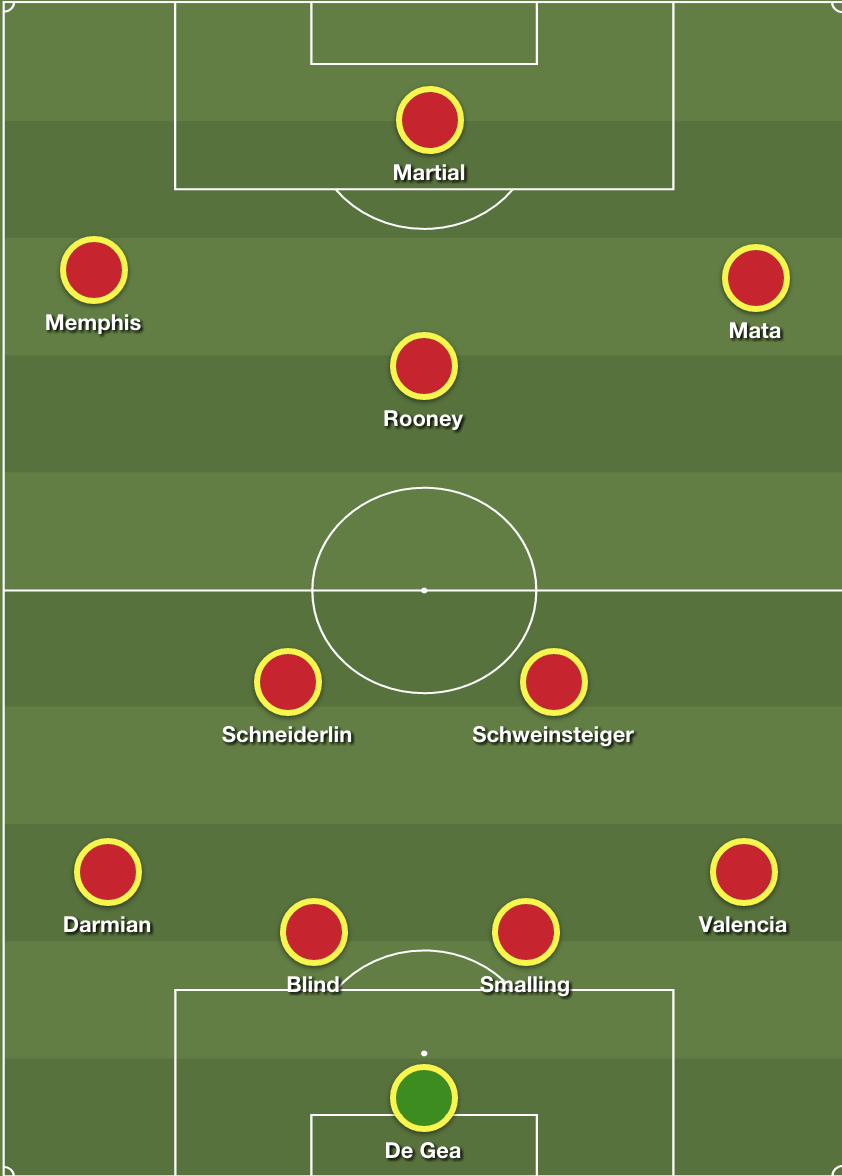 Let us know if you’d like to play with this formation or who you think might be rested for the Arsenal game.