Manchester United can theoretically afford to lose against Wolfsburg on Wednesday and still go though to the Champions League knockout stages, but Louis van Gaal will be only looking for one thing midweek – three points.

It’s at left-back where we continue to discuss Man United’s potential XI’s for the upcoming game. If Marcos Rojo is injured, it leaves Ashley Young, Matteo Darmian and Daley Blind as his options.

Blind is not a specialist left-back but is left footed which is important to van Gaal’s philosophy, so that could play a role in his thinking – but it shouldn’t.

While Matteo Darmian was good against Sunderland at left-back, Antonio Valencia‘s lifeless performance at right-back shows that not playing Darmian there isn’t an option if Juan Mata is to get any sort of support on the right flank.

In that sense, if Rojo is injured then it only leaves one logical choice without having to move another player – Ashley Young 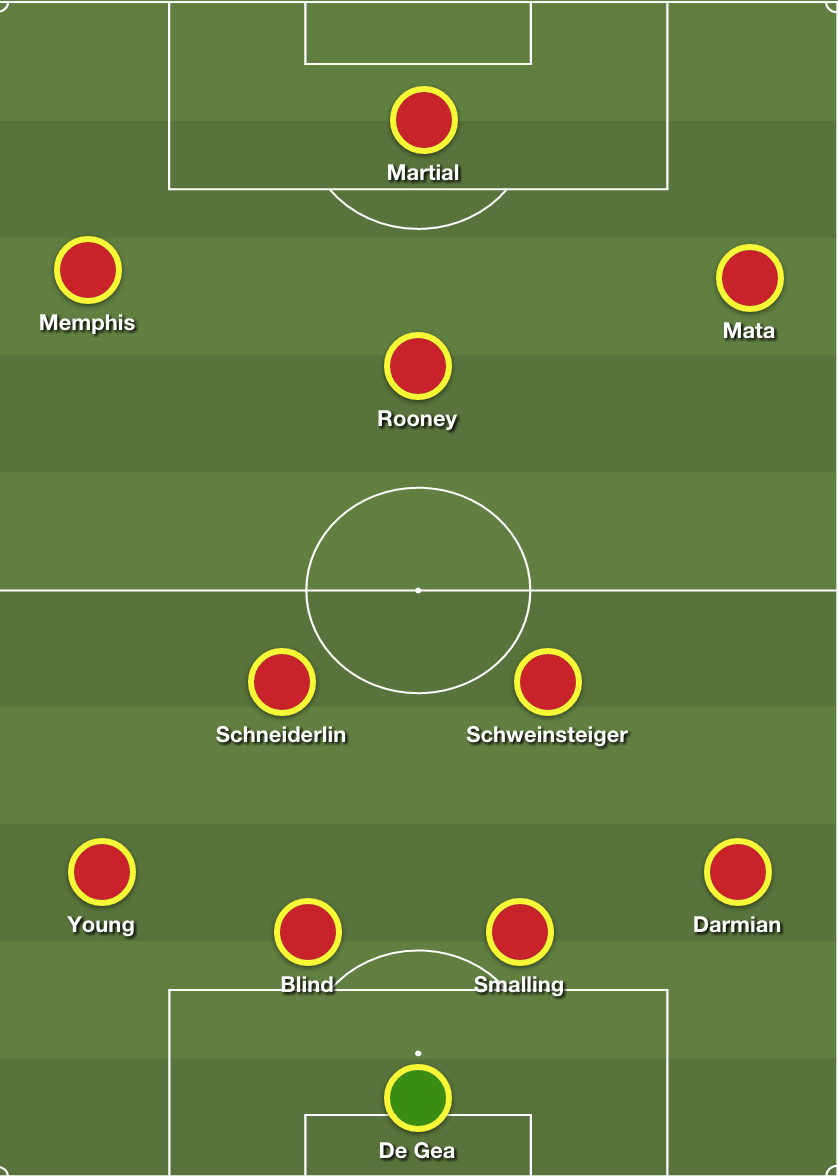 Do you think Ashley Young is Manchester United’s best choice at left-back? Leave your view in the comments and get involved in the conversation.