Paul Merson has given his combined Manchester United/Arsenal XI ahead of this weekend’s game.

He might be an ex-Arsenal player but Merson only found room for three Arsenal players in his XI: Coquelin, Sanchez and Koscielny.

What we found very strange is that Merson gave this as his combined XI but then went on to predict that Arsenal would dominate Man United at the Emirates on Sunday. Try and figure that one out. 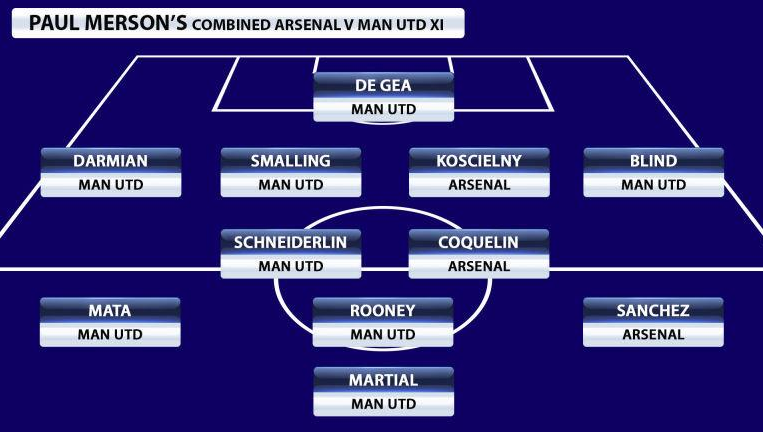 Overall, Merson’s team is actually pretty accurate but we’d make a couple of changes. Daley Blind has been so impressive at centre-back this season, not left-back, so we’d put Nacho Monreal there (only because Luke Shaw is injured or he’d be straight in the team).

As for Coquelin, we’re not sure about him either. Do Arsenal fans rave about him because he’s actually top quality or the fact they have no other option to him, so exaggerate his qualities?

Give us your combined XI below. It’d be interesting to find out what you all think.