Manchester United go into their game with Arsenal on the back of four straight victories and will be looking to maintain top sport in the Premier League.

The Reds seem to have settled on a system to use and it has helped them greatly on their good run. However, Wayne Rooney is still struggling in front of goal, failing to find the net against Wolfsburg, whereas Louis van Gaal has a big decision to make in midfield.

Michael Carrick is fit again but the likes of Bastian Schweinsteiger and Morgan Schneiderlin have made a case for a starting spot.

Rooney’s past scoring record against Arsenal gets him into the team and Antonio Valencia keeps his spot for lack of better options at right-back. 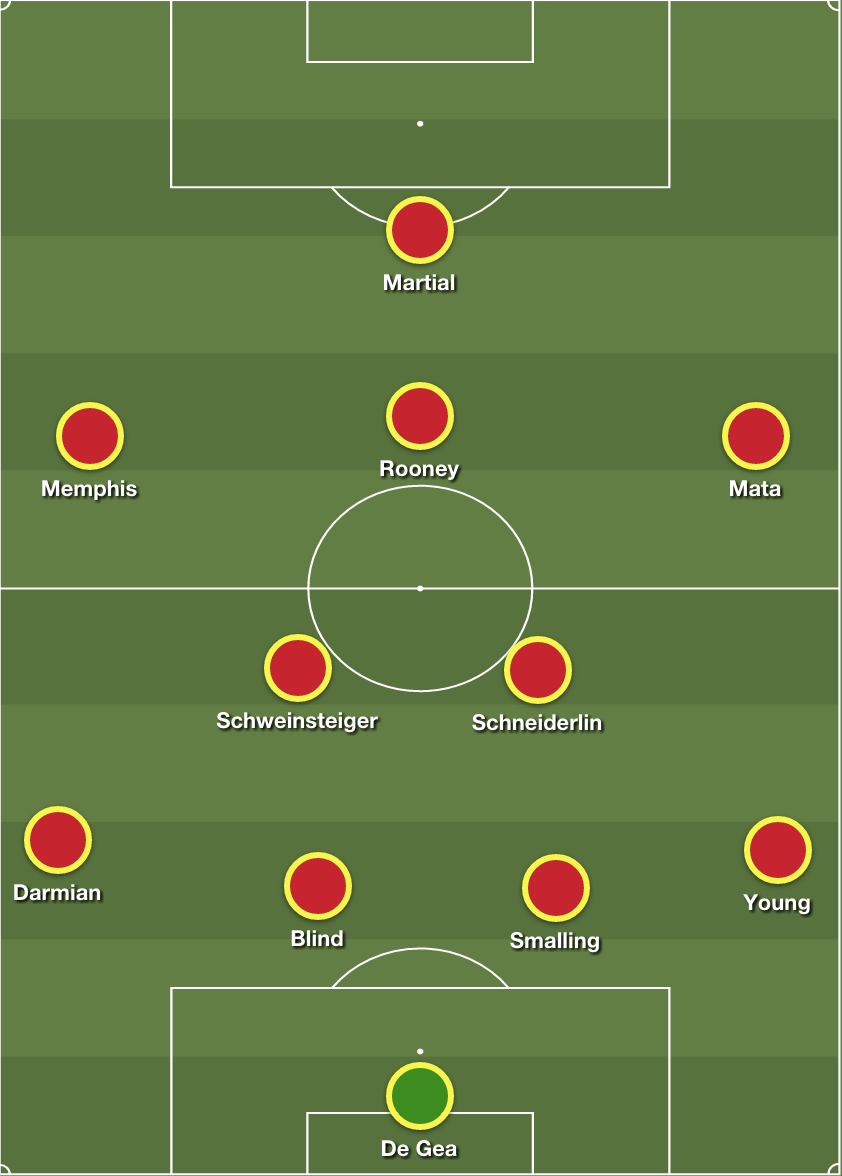