Wayne Rooney‘s poor form for Manchester United should see him drop to the bench at some point soon but Louis van Gaal might not be given that opportunity this weekend due to injuries.

Ander Herrera, Michael Carrick and Bastian Schweinsteiger, as well as Rooney himself, all have injury concerns ahead of Everton and we’re looking at a worse case scenario here that all our natural central midfielders, bar Morgan Schneiderlin, are forced to miss the trip to Goodison Park.

If that happens, Rooney could be asked to play in midfield. An out-of-form Rooney playing in midfield away at Everton, a place he normally struggles? Sounds like a recipe for disaster doesn’t it? 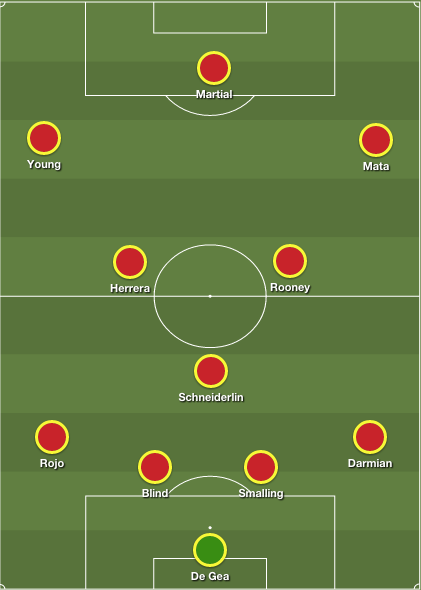 We’re really hoping that Schweinsteiger, Carrick and Herrera are able to use training this week to get themselves into contention to play Everton because if Rooney does drop into midfield, he’s probably going to struggle in a place he normally finds it very difficult when he plays in his natural position, let alone in midfield.