Ander Herrera, Morgan Schneiderlin and Marcos Rojo have all been named by Garth Crooks in the BBC Team of the Week.

All three players were instrumental in Manchester United’s 3-0 win over Everton at the weekend and deserve their places in Crooks’ side. After years of poor performances at Goodison Park, Man United were unstoppable on Saturday.

Herrera was fantastic on his return to the starting XI and Schneiderlin had his best performance in a United shirt. Rojo also played very well at left-back and showed his prowess going forward with a brilliant cross for Herrera’s goal. 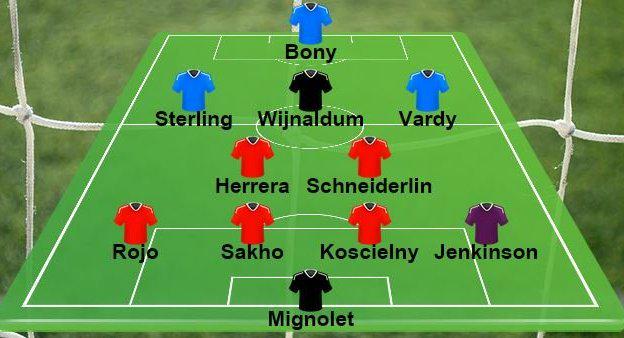 After the disappointing defeat to Arsenal, it was quite an emphatic response from United in a tough away game. Rojo’s strong performance at left-back was particularly pleasing because it’s going to be a problem area for us without Luke Shaw but he may well be able to fill in that role sooner than we all thought.

Next up for United is another tough away trip – CSKA Moscow – before Manchester City visit Old Trafford at the weekend. Put your seatbelts on, it’s set to be a very busy week.