Since arriving at Manchester United, Anthony Martial has gone from strength to strength and he’s already become the focal point of our attack.

However, with Manchester City coming up at the weekend, Louis van Gaal may well be tempted to give Martial a rest and make sure he’s fit for the crucial derby game.

As Man United are away from home in the Champions League, you can expect us to play with a compact defence and hit fast on the counter-attack, which is a style that suits Martial, but squad rotation is important for any team competing on multiple fronts. 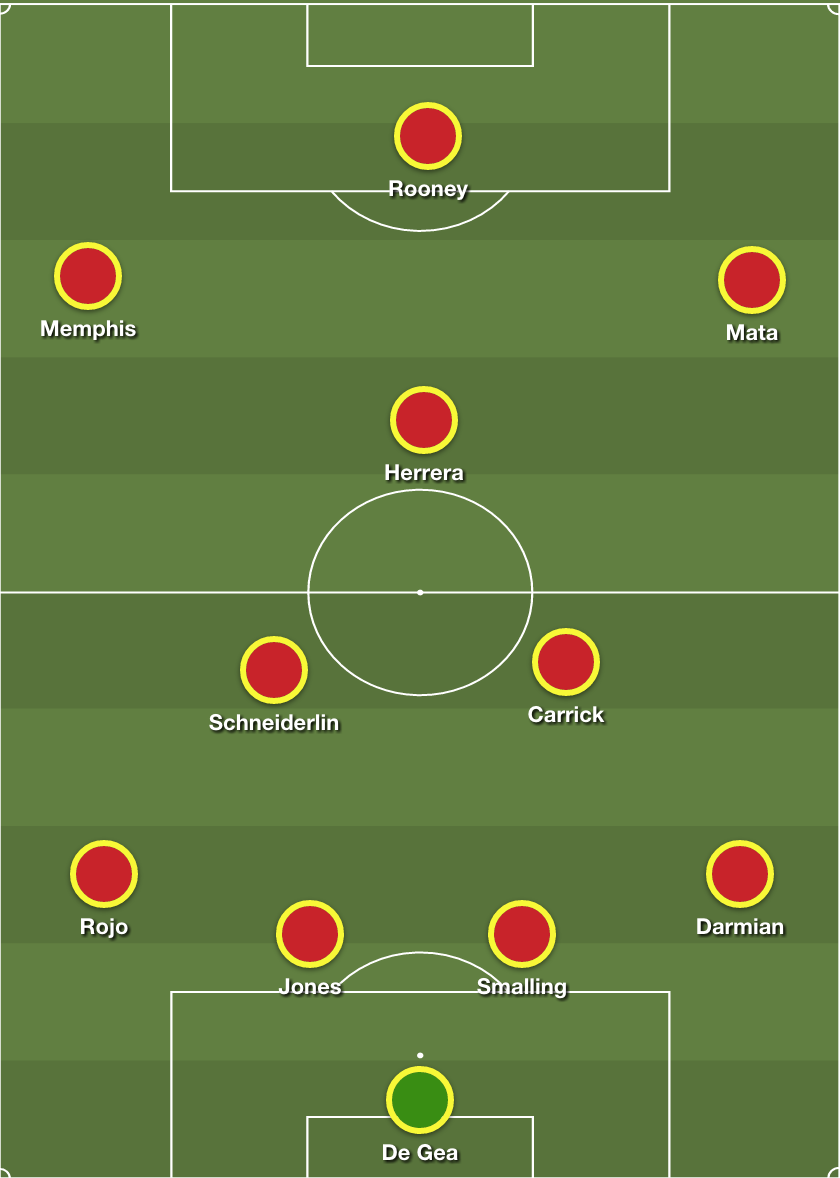 What’s more important for United this week – a win against CSKA Moscow or City? Of course it’s winning the derby and in that respect, maybe an eight-hour round trip and full 90 minutes in freezing conditions isn’t the ideal preparation for a player who has played every minute of United’s last four games.

What do you think about this starting XI?