Ander Herrera has been in good form in the No.10 role for Manchester United as of late and it would be no surprise if he was to line up there against Manchester City this weekend.

The Spaniard scored one goal and made another in the 3-0 victory over Everton last week and his excellent ball in the game against CSKA Moscow on Wednesday evening led to United’s equaliser in the 1-1 draw.

However, as Wayne Rooney is seemingly undroppable these days, this means there is no room for Memphis Depay.

The Dutchman has been underwhelming in a United shirt so far, although he of course needs time to fulfil his potential. 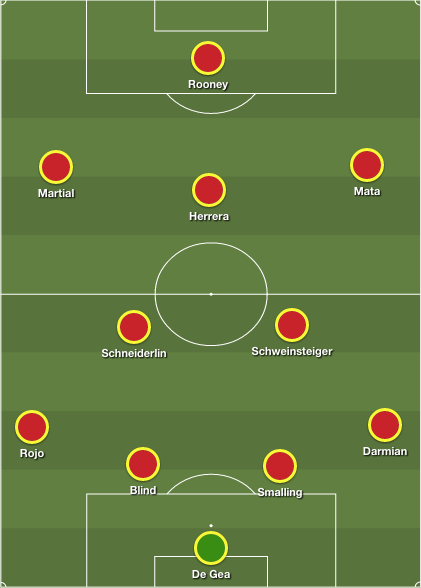 A win against City would send a real statement of intent to the rest of the Premier League.

Three points would set United up nicely in the title race as the likes of Chelsea and Liverpool have suffered poor starts to the season. Manuel Pellegrini’s side will be missing players such as Sergio Aguero and David Silva and United should be confident heading into the fixture.