Manchester United’s game against Middlesbrough in the Capital One Cup this week is one that Jesse Lingard will be looking to impress in.

The 22-year-old has put in encouraging shifts against Everton, CSKA Moscow and Manchester City in recent weeks and he will be hopeful of playing the full 90 minutes against Middlesbrough.

His inclusion would certainly go down well with the Old Trafford faithful as Lingard was brought through the club’s youth academy.

Elsewhere, Louis van Gaal may bow to pressure and drop Wayne Rooney for the game as the United captain has been abysmal as of late. 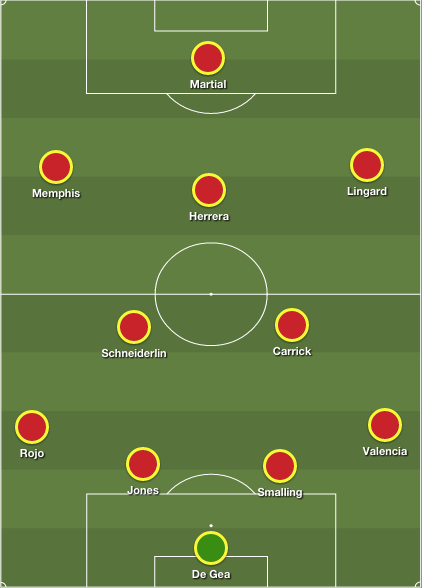 Rooney’s contribution against Manchester City last time out was minimal and he is coming under increasing pressure.

Finally, Memphis Depay may be handed a starting berth having been dropped to the substitute’s bench in recent weeks. A good performance would do wonders for Memphis, who has so far struggled to make an impact at Old Trafford.