Since arriving at Old Trafford, Martial has been nothing short of phenomenal and although Memphis has failed to replicate his good UEFA Champions League form in the Premier League, everyone knows how much potential he’s got.

Both players are still young and are progressing each day which is promising for the future United and Rooney feels they’ve got everything needed to become the new Rooney/Ronaldo partnership which once lit up Old Trafford.

When asked if Memphis and Martial can replicate that partnership Rooney said: “It is hard to say, obviously, but they are certainly two very good players who have lots of talent and ability.

“If they keep learning and progressing like they are, then hopefully they will do what me and Ronaldo did back then. It would be great for the team if they can do that.

“The good thing is that they want to learn and that is good to see in young players. They haven’t come in and just done things the way they want to do them. They are doing things for the team and listening to what the manager is saying to them. I am sure under this manager they will learn a lot and that will help them become top, top players in the world.”

When they are at their prime, Rooney and Ronaldo were quite literally unstoppable for United. Their raw pace helped United score some of the most memorable goals the club has ever scored. Take this counter-attacking goal against Bolton Wanderers as a perfect example. 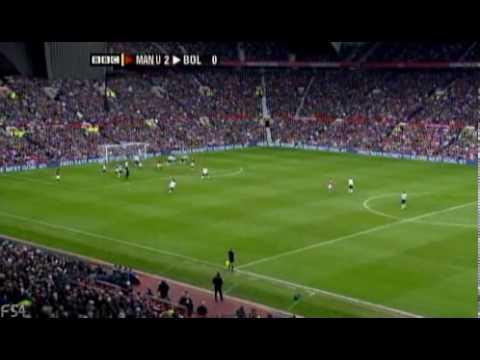 It doesn’t get much better than that does it? One thing which Memphis and Martial certainly has in common is pace and that’s such an important asset for any modern day attacker but it’s only one piece of the puzzle.

Martial has already showed in abundance that he’s got the full package but Memphis needs to follow his lead and start showing the sort of devastating form which earned him a move to United in the summer.

Things are looking bright for the future at United with plenty of talented young players on the books, none more so than Memphis and Martial, and fans are certainly hoping they can become the next great partnership at Old Trafford.