Manchester United’s game against Middlesbrough on Wednesday night in the Capital One Cup is an opportunity for Louis van Gaal to field some youngsters.

It has always been the competition where Man United’s academy players can look at getting some rare game time with the first-team but you get the feeling there won’t be too many academy youngsters in action at Old Trafford this week.

Van Gaal made a statement of intent with the strong team he put out against Ipswich Town and I expect him to do the same against Middlesbrough. That being said, there will certainly be a starting spot for Andreas Pereira.

His magical full debut against Ipswich thanks to a perfect free-kick would have given him such an adrenaline rush and he’ll want to taste that again, as soon as possible. A match against Middlesbrough is another chance for him to shine. 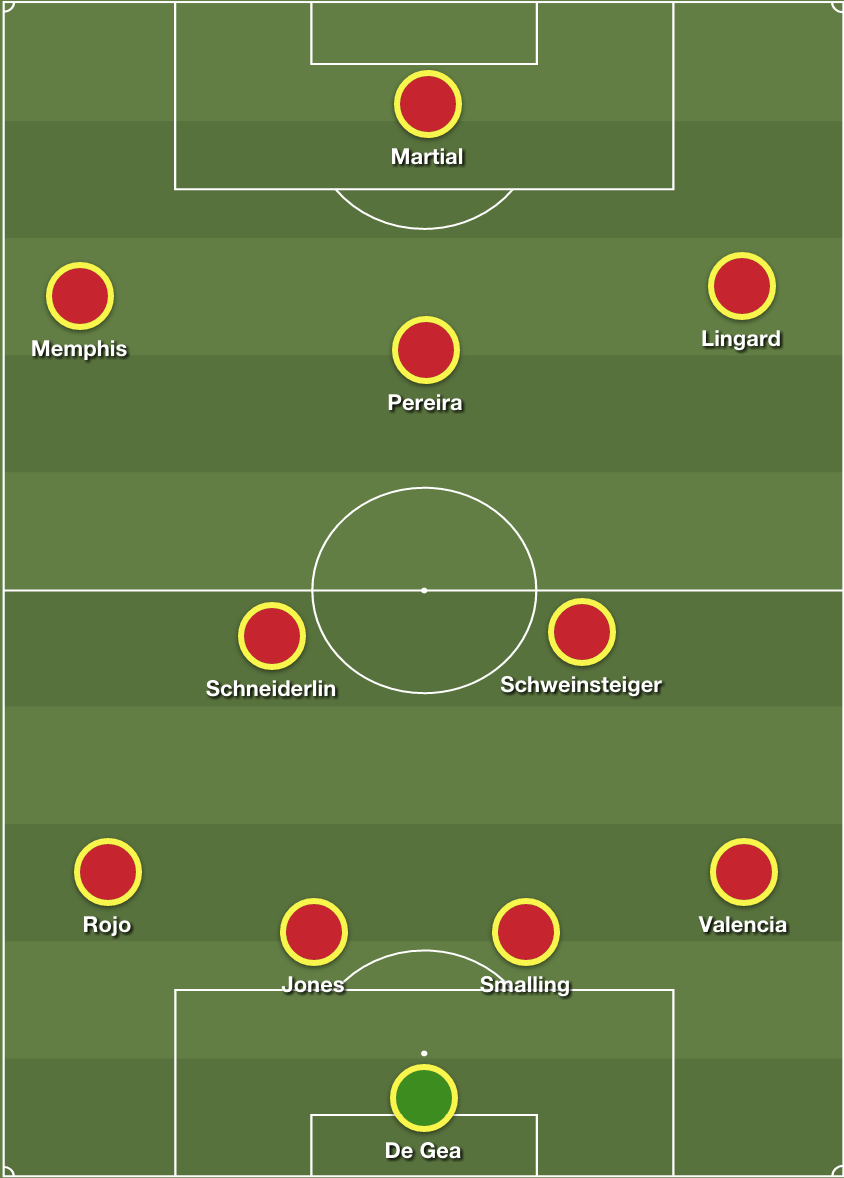 As much as we’re talking about how academy players won’t get much of a look in, we’ve got one of the youngest attacks ever in what we consider to be the starting XI van Gaal should play.

Memphis Depay (21), Anthony Martial (19), Andreas Pereira (19) and Jesse Lingard (22). Wouldn’t that be wonderful to see? (We would include James Wilson in this but haven’t got any idea what’s happening with him any more).