Manchester United’s potential XI vs West Bromwich Albion: Jesse Lingard keeps his place in the side

Manchester United winger Jesse Lingard put in an encouraging display against CSKA Moscow this week and it would be no surprise to see him line up against West Bromwich Albion this weekend.

Not everything the Englishman tried came off but he was always willing to run at his man and make things happen for his side.

Lingard kept plugging away and eventually set up Wayne Rooney’s late winner with a gorgeous ball into the box.

Louis van Gaal is likely to reward him with a spot in the starting XI against West Brom as Memphis Depay is currently struggling for form: 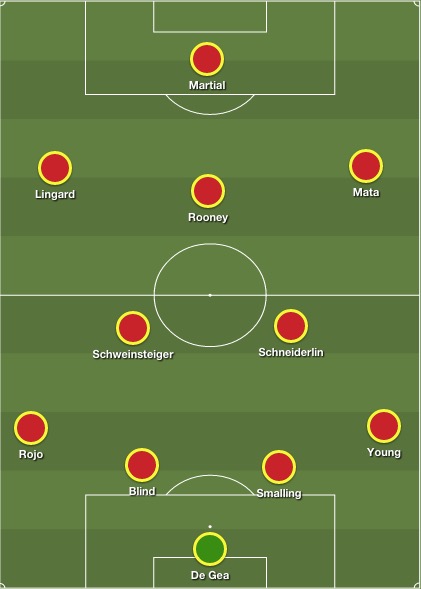 Elsewhere, Morgan Schneiderlin will be hopeful of returning following illness. Michael Carrick started in the Frenchman’s absence against CSKA but the veteran didn’t have the best of games at Old Trafford.

Anthony Martial will also be looking to bounce back after being substituted in the Champions League clash. The decision drew boos from the Old Trafford faithful as the Frenchman has been in superb form since his summer move.