Manchester United defender Chris Smalling has been named in WhoScored.com’s Champions League Team of the Week following his heroics against CSKA Moscow on Tuesday night.

Smalling put in yet another imperious defensive display at Old Trafford as Man United secured a 1-0 win.

His goal-line clearance from Seydou Doumbia’s effort with the score at 0-0 was a huge moment in the game and arguably turned the tie in United’s favour.

Bayern Munich dominate the Team of the Week following their 5-1 thrashing of Arsenal but Smalling has rightly been recognised for his efforts: 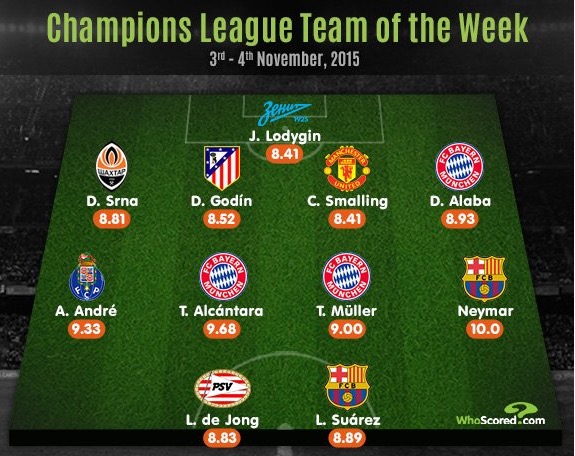 Smalling’s turnaround since his red card in the Manchester derby last year has been remarkable.

The defender has been in sensational form for United ever since and he is now regarded as one of the Premier League’s best centre-backs. Louis van Gaal deserves a lot of credit for giving Smalling the confidence to succeed.