Manchester United manager Louis van Gaal admitted that fans will “have to wait and see” if Morgan Schneiderlin plays against West Bromwich Albion this weekend and it is possible that the team will be without the Frenchman for the clash.

Schneiderlin had been in good form prior to his illness, which kept him out of the win over CSKA Moscow this week.

Michael Carrick featured in his absence against the Russian side and the 34-year-old may be called upon to do the same again against West Brom.

It is unlikely that the change will affect things on the pitch too much as Man United will be expected to dominate possession at Old Trafford. 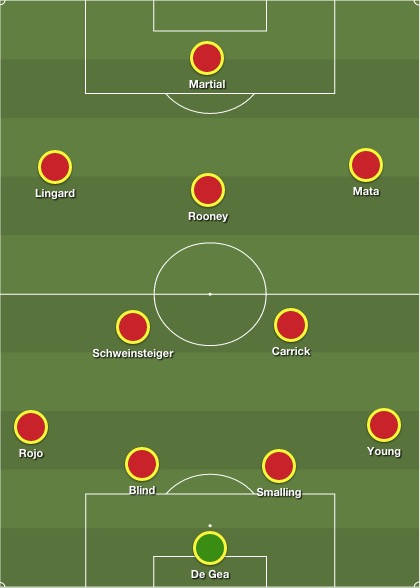 Going forward is much more of a concern for van Gaal following some insipid displays in recent weeks, and he may well continue to use Anthony Martial up top.

This would mean that Wayne Rooney, seemingly undroppable at the minute, drops back to the No.10 role. Anything less than three points against West Brom would ramp up the pressure on van Gaal as he continues to face criticism for his style of play.