Manchester United midfielder Antonio Valencia has begun his recovery from injury, with a new haircut!

The Ecuadorian underwent surgery on a foot injury recently after sustaining an injury in the Manchester derby last month and could be set for a long spell on the sidelines. While the club admit there is no timescale for Valencia’s return just yet, many reports suggest that he could be out of action for as long as five months.

It would be a huge blow to Man United, who are already without Luke Shaw in the full-back department. Valencia has been deployed as a right-back on most occasions, both this season and last and will now have a major fight on his hands if he wishes to resurrect his Old Trafford career. 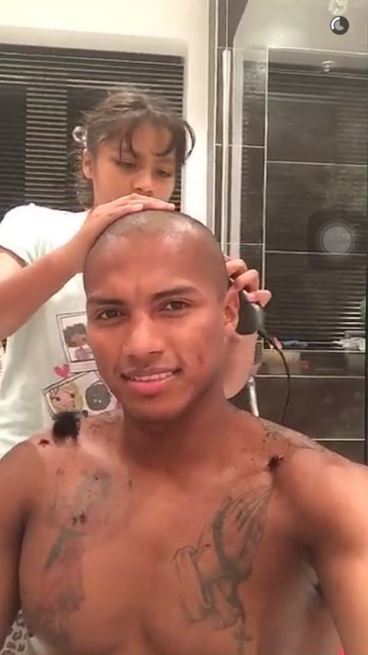 A long injury lay-off is the last thing Valencia needed as he had started to find opportunities easier to come by. With Matteo Darmian in unconvincing form after a good start to life at United, the Reds have been struggling to find a first-choice right-back in recent weeks. Valencia could have made a claim for that particular position if not for his injury and his career at Old Trafford could be in doubt.

The 30-year-old’s time at the club has been erratic, especially given the stellar start he had at United. However, Valencia has fallen off the pace in recent years, with many feeling it is time for him to move on. His latest injury will do nothing to help his case and, if he is in fact out for five months, it could be the final nail in the coffin for the winger.

Valencia will need to focus on getting back to full fitness as soon as possible and show everyone why he deserves to be a United player. His return from injury could be make or break in terms of his time at Old Trafford and the former Wigan Athletic man will definitely have to be at the top of his game to keep his United dream going.