The sight of Anthony Martial on crutches would have come as a bitter blow to Manchester United boss Louis van Gaal.

Martial left Wembley on crutches after picking up a foot injury in France’s 2-0 loss against England on Tuesday night.

It leaves van Gaal with a selection headache ahead of the clash against Watford this weekend.

Martial had been playing up top for United but it is likely that Wayne Rooney will occupy the position in his absence. 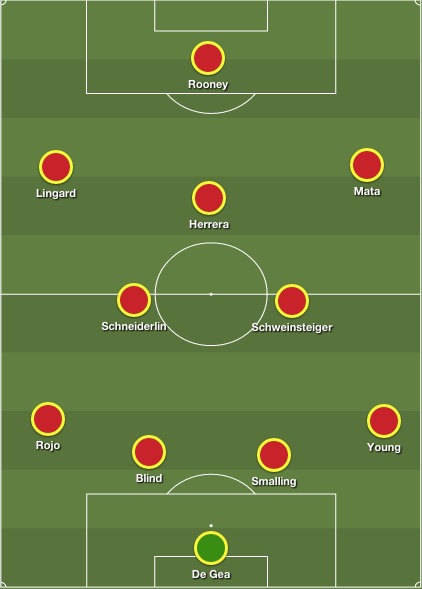 This could open up a spot at No.10 for Ander Herrera, who has been excluded from the starting XI in recent weeks despite some good performances in the role.

Elsewhere, Michael Carrick’s injury shouldn’t affect things in midfield too much, as Morgan Schneiderlin and Bastian Schweinsteiger will likely line up against Watford. Regardless, van Gaal will be keen for both players to return as quickly as possible.