Home » How could Manchester United line up without Anthony Martial against Watford?

How could Manchester United line up without Anthony Martial against Watford?

Anthony Martial leaving Wembley on crutches was the stuff of nightmares for Manchester United fans but how could they line up against Watford without him?

In all honesty, the team on paper can still look very strong without Martial in the side, albeit it won’t be as dangerous going forward because we don’t have a like-for-like replacement for him. 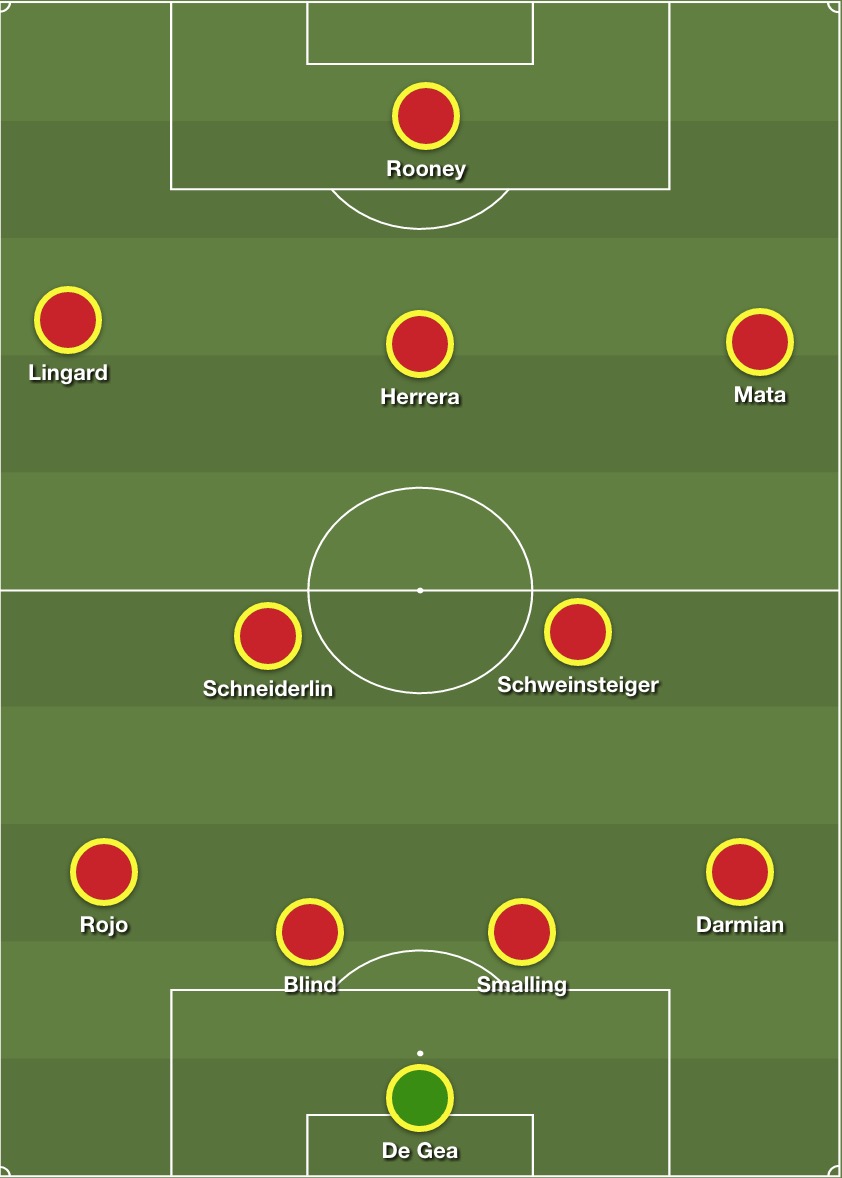 Playing Ander Herrera in the No.10 role would be fantastic (we’ll be covering this point in a more in-depth discussion in a separate article) and allow Juan Mata to continue on the right, a position from which he has been very effective over the course of the season.

Wayne Rooney returning up front is always a case of hoping the right Rooney turns up. If he uses his volley against France as a turning point, maybe he can go on a goal-run like he does with his hot and cold patches.

As for Jesse Lingard on the left, I think he’ll be our most important player in attack simply because there isn’t anybody else who is willing to run at defenders with pace like he does. The importance of that can’t be underestimated.

United are obviously weaker without Martial but I actually think we’ve got a pretty good starting XI on paper we can still put out against Watford if he is ruled out of the match.