With Manchester United currently in the midst of an injury crisis, Louis van Gaal will have to be creative with his team selection ahead of the game against Watford this weekend.

This means Louis van Gaal may be forced to call upon Memphis Depay to lead the line against the Hornets. 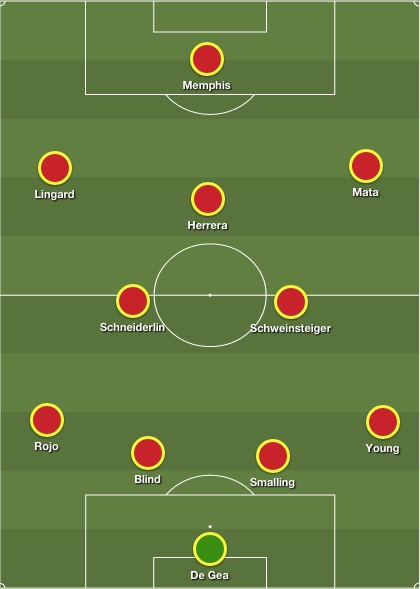 Memphis was used by van Gaal in a central position during the pre-season tour of the United States and the first few games of the campaign before he was eventually moved out onto the wing.

Elsewhere, Ander Herrera may get the opportunity to stake his claim for the No.10 role in the side.

Herrera has put in some good performances there in recent weeks but van Gaal doesn’t appear to be won over just yet, much to the frustration of supporters. Finally, Ashley Young will likely continue at right-back in Valencia’s absence. Matteo Darmian is fit but he has lot his place in the side as of late following some subpar displays.