Manchester United fans weren’t overly confident about our attacking threat against Watford going into the game without Anthony Martial and Wayne Rooney.

So, it was typical that our first half display was actually one of our better performances going forward in a long time. We attacked with pace, with intent and looked dangerous on so many occasions.

Taking that momentum through into the PSV game is crucial, so for this potential formation the only change I have done is to bring Anthony Martial back in and to switch some positions around to accommodate that. 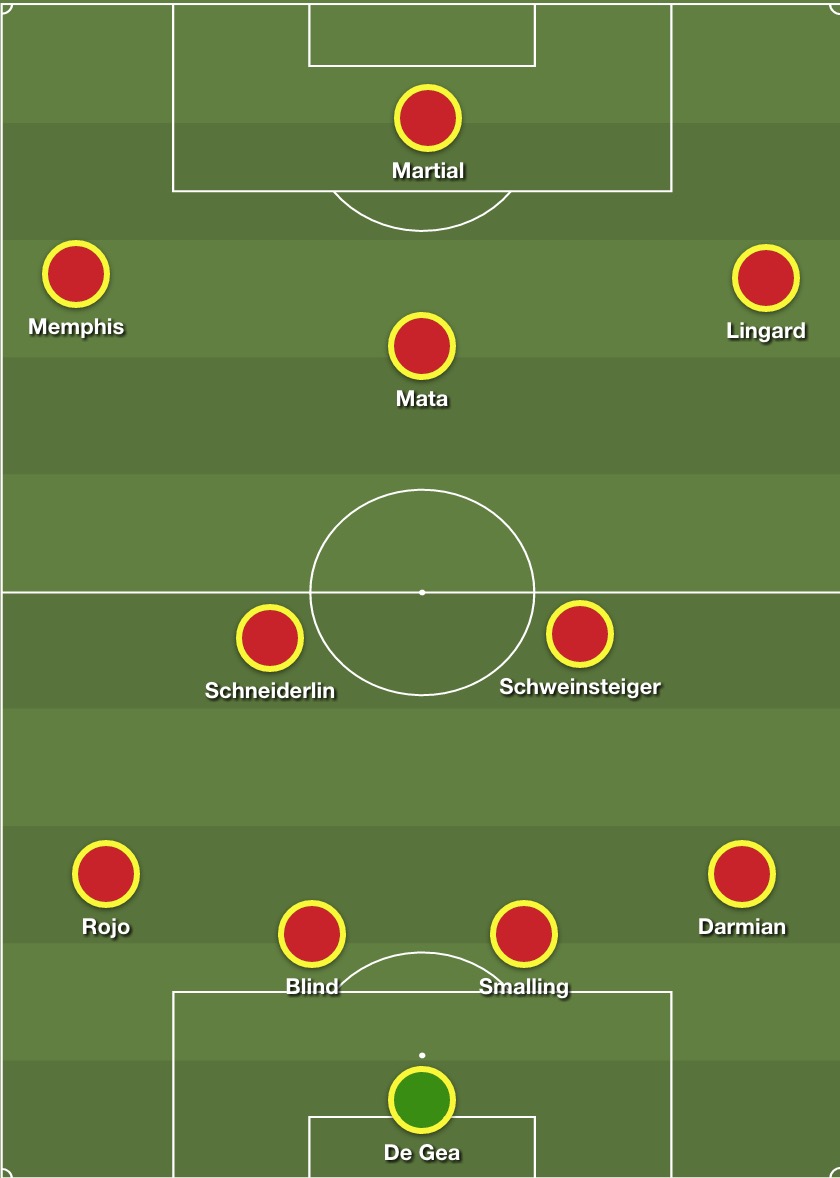 Up against his old team, Memphis will definitely start because Louis van Gaal always plays somebody against their old team (Ashley Young against Watford, for example) but in order to get everybody in, Juan Mata has to move into the No.10 role to allow in-form Jesse Lingard space on the wing.

I quite like the look of this team. Mata will create the passes and there’s so much pace up front that could take advantage of those neat balls, not to mention the overlapping runs by Marcos Rojo and Matteo Darmian.

What do you think about this potential starting XI against PSV?