Manchester United forward Memphis Depay would have been hopeful of building on his encouraging performance against Watford last weekend in the match against PSV Eindhoven on Wednesday night.

However, the Dutchman struggled to make an impact against his former side and was rightly substituted early in the second half by Louis van Gaal.

Having been handed the No.7 shirt at Man United this summer, Memphis has failed to capture the sort of form which made him one of Europe’s most exciting prospects at PSV. While there is still plenty of time for him to flourish at Old Trafford, it is unlikely that he will feature against Leicester City this weekend: 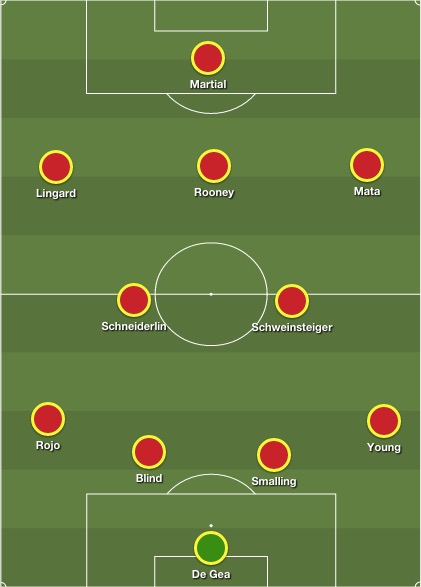 United looked short of ideas against PSV, particularly during the second half, and van Gaal may turn to Juan Mata to solve that problem.

Meanwhile, it is likely that he will continue with Anthony Martial up top despite the Frenchman’s difficult night on Wednesday. Martial always looks to make things happen and he will be needed against Leicester.

Finally, Ashley Young may come in for Matteo Darmian after the Italian put in a subpar performance against PSV.