Manchester United welcome West Ham United to Old Trafford on Saturday looking to get back to winning ways after their 1-1 draw with Leicester City.

The Reds go into the game with a whole host of injuries and knocks and Louis van Gaal will have his work cut out for him when picking his team. However, the emphasis has to be on attacking play given the way Man United have been playing recently and a youthful, pacey attack will do just that.

The reinstatement of Morgan Schneiderlin to the midfield will provide extra energy next to Bastian Schweinsteiger, while a trio of young forwards up top can aide United’s desire to attack. 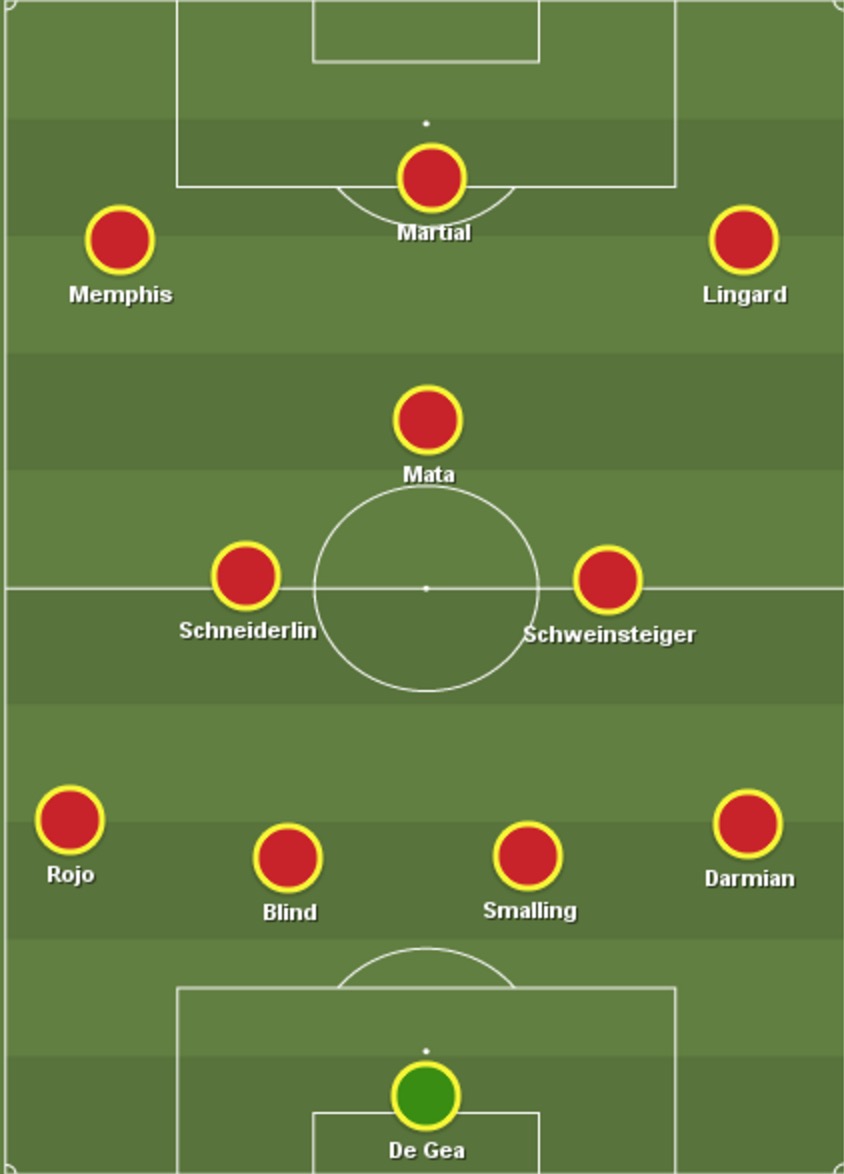 Anthony Martial, Memphis Depay and Jesse Lingard can offer unpredictability and creativity with Juan Mata helping pull the strings behind them. It could be too much for West Hame to handle in a hugely important game for United who will be hoping to welcome back Marcos Rojo as well. The Argentine’s fitness could determine the formation van Gaal decides to deploy after the manager revealed that he had only picked up a minor injury.

Rojo starting could enable United to return to a more conventional four man defence and give more license to the wingers to bomb forward and create more chances than could be mustered against Leicester City as the Reds aim to go back to the summit of the Premier League.