Home » Manchester United vs West Ham: Potential 4-3-3 with Herrera and not Rooney

Manchester United vs West Ham: Potential 4-3-3 with Herrera and not Rooney

Manchester United’s lack of attacking threat has to improve if we are to challenge for the Premier League title this year and maybe a change in formation can help us do that.

The 4-3-3 formation is what Louis van Gaal‘s sides are traditionally famous for but he’s grown a penchant for a 4-2-3-1 with two holding midfielders.

It’s no doubt led to a dramatically improved defence but has that been at the cost of our attack? Potentially. With this 4-3-3, we see Wayne Rooney drop to the bench and Ander Herrera come in at central midfield. 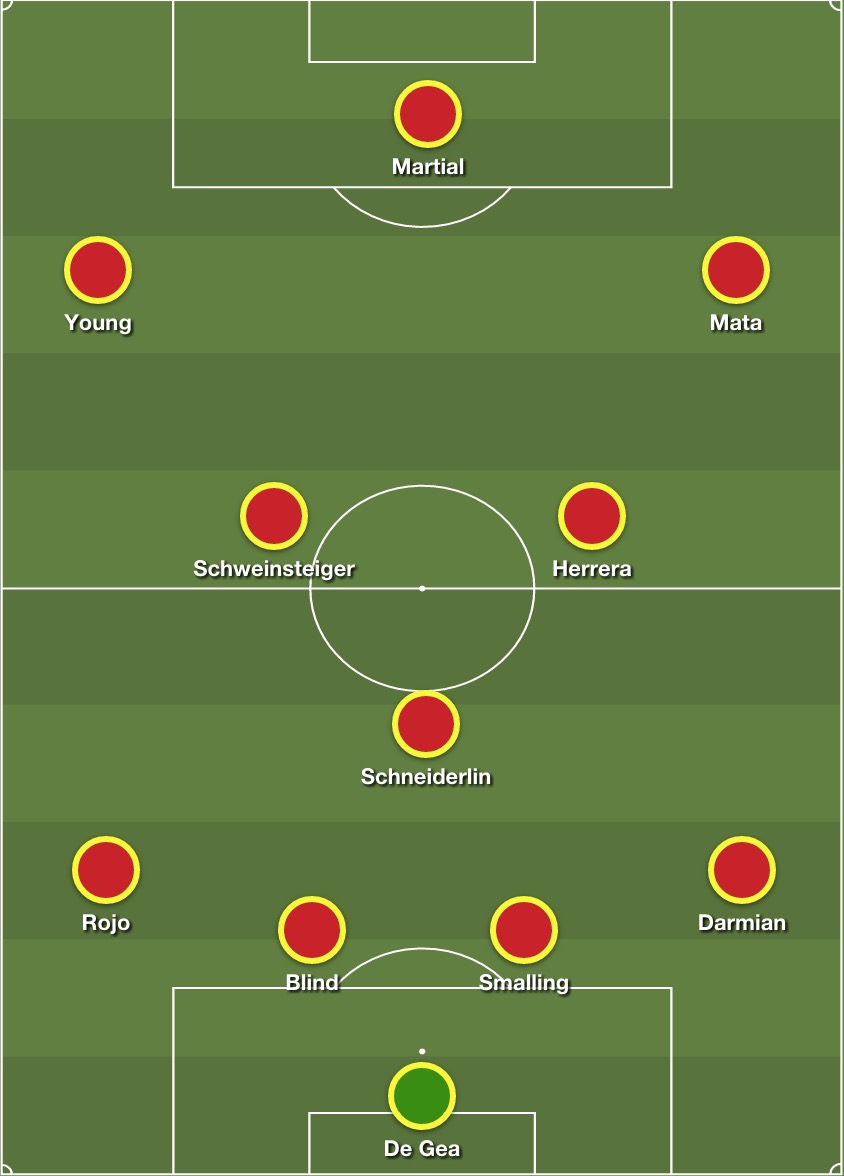 Ashley Young returns to the left wing starting spot while Juan Mata stays out wide on the right, supported by Bastian Schweinsteiger in central midfield and Morgan Schneiderlin patrolling the defence.

If you ask me, this would create far more attacking football than any 4-2-3-1 or the dreaded 5-3-2 which returned against Leicester City. Could a change in formation be what United need to kick-start their turnaround?