Ander Herrera has missed Manchester United’s last two matches since picking up a hamstring injury against Watford but he could be back for the game against West Ham United this weekend.

Man United look much better when the Spaniard is on the pitch as he constantly looks to create chances for his side.

His inclusion in the starting XI could mean that Juan Mata, who has suffered a dip in form in recent weeks, misses out: 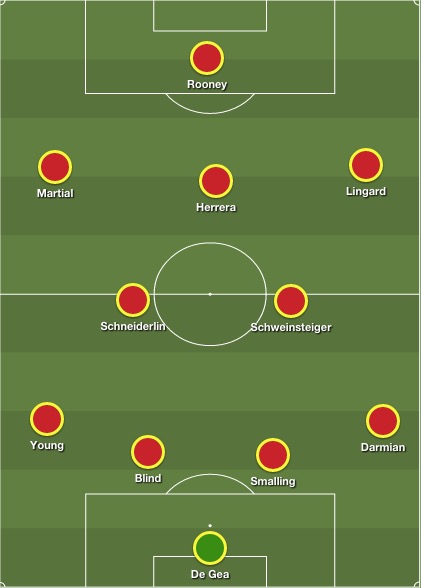 In an ideal world, Herrera would line up in the No.10 role behind Anthony Martial but Louis van Gaal has shown he is unwilling to drop Wayne Rooney despite the captain’s poor form over the course of the campaign.

Martial could instead line up on the left hand side, with Jesse Lingard operating on the opposite flank.

Elsewhere, Ashley Young may start in defence as United have looked far more threatening from out wide when the 30-year-old is in the team.