Manchester United head to Wolfsburg on Tuesday for what is a crucial UEFA Champions League clash in Germany.

As well as the added pressure of knowing that a win is needed to secure qualification if our fate is to remain in our own hands, we’ve got plenty of injury problems.

Morgan Schneiderlin and Paddy McNair both picked up injuries in the West Ham game, so how could we line up if they are both ruled out? 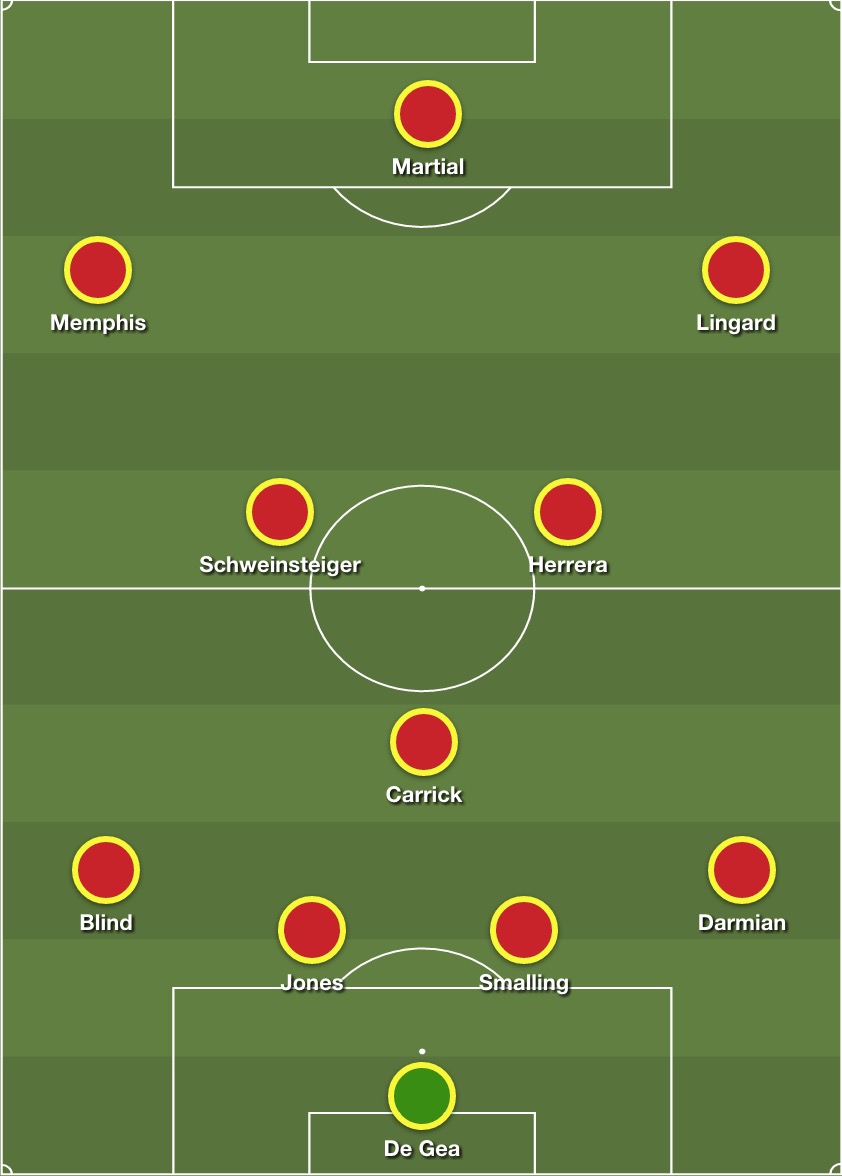 It’s still a pretty strong team but the weakness is probably in playing both Michael Carrick and Bastian Schweinsteiger together because there’s not much movement, but we’ve offset that with the return of Ander Herrera.

A return to 4-3-3 is something I really want to see but that might just be hopeful thinking. Playing two defensive midfielders is not giving us the balance we need going forward but maybe away from home in a game we must win might not be the best time for it to return.

Let us know what you think about this potential starting XI.