Stats: How do Manchester United play under Louis van Gaal?

Yes, the following stats are cherry picked but they correctly encapsulate the core reason behind why Man United fans are frustrated, other than the fact we’ve drawn 0-0 on five occasions in our last nine games.

How do we play under van Gaal? These stats sum it up: 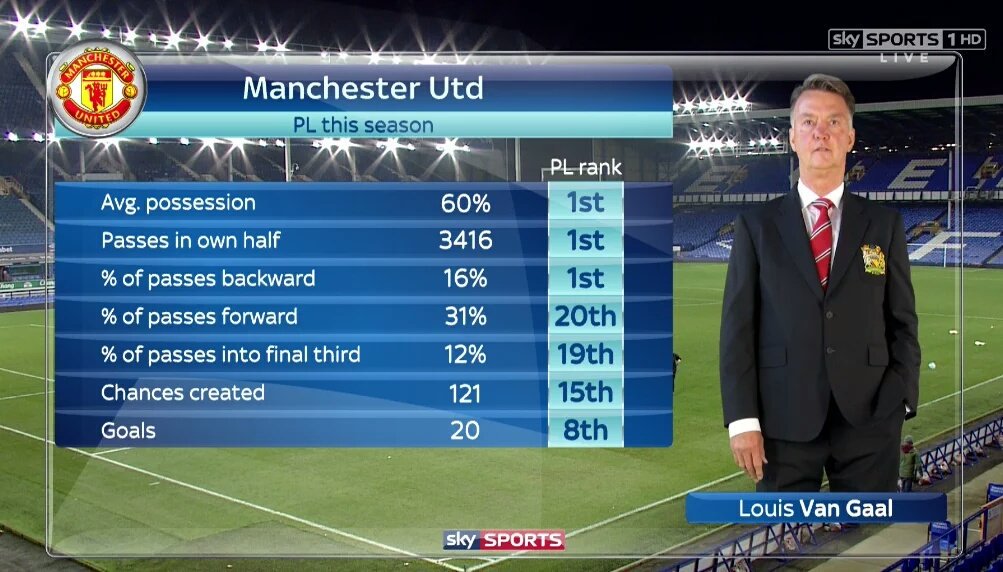 Dominance without penetration. Pressure without elation. United have dry-humped their way to being three points off the top of the Premier League but the ultimate satisfaction simply hasn’t come.

Paul Ansorge excellently summarised the cultural differences between van Gaal and the fans and how it’s causing a clash which unfortunately is unlikely to be resolved.

Yet, it’s not just the philosophy which is causing headaches as against West Ham we had more than enough chances to win the game. At that point, the frustrations fell not at the feet of van Gaal but at the players. The frustrations are becoming contagious.

Dominance in games without wins can only take you so far but no matter how much United fans voice their discontent, van Gaal won’t change his methods but will it be worth it at the end of the season?