Manchester United’s team is currently ravaged by injuries but we could hopefully get some much needed respite with returning players for the Bournemouth game.

For me, Morgan Schneiderlin‘s absence was one which caused Man United serious problems away at Wolfsburg. Bastian Schweinsteiger and Marouane Fellaini weren’t mobile enough as a midfield pairing as they don’t have enough energy and Michael Carrick didn’t change that after he came on.

Combining that with a return for Ander Herrera would give United so much more dynamism in midfield and we lacked that energy so badly out in Germany. With both of those back in the team, I’d be far more confident going into a game which I should already be very confident of securing three points against newly promoted Bournemouth. 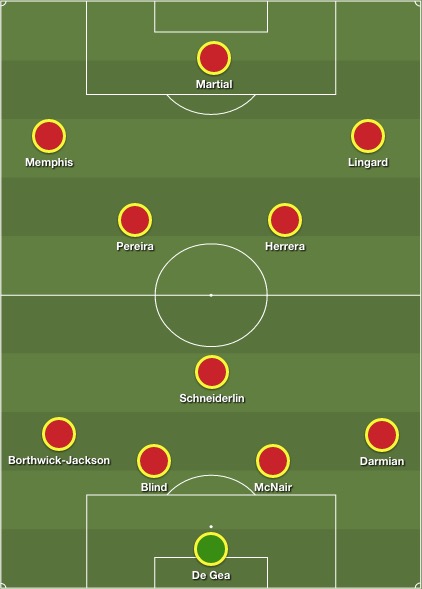 Something I’d love to see is a return to the 4-3-3 in which United have played their best football over the last 18 months. I don’t really understand why we aren’t using it more often other than the fact Louis van Gaal now prefers to have two holding midfielders, a decision which is in turn hurting our ability to attack.

What do you think about this formation and starting XI for Bournemouth?