Manchester United’s small squad will be stretched to the limit when they face Bournemouth this weekend, with eight players sidelined due to injury.

Bastian Schweinsteiger, meanwhile, will be forced to watch from the sidelines after picking up a three-match ban for violent conduct this week.

The crux of Man United’s injury crisis is in defence, meaning Louis van Gaal will likely call up Guillermo Varela and Cameron Borthwick-Jackson for the game at Dean Court: 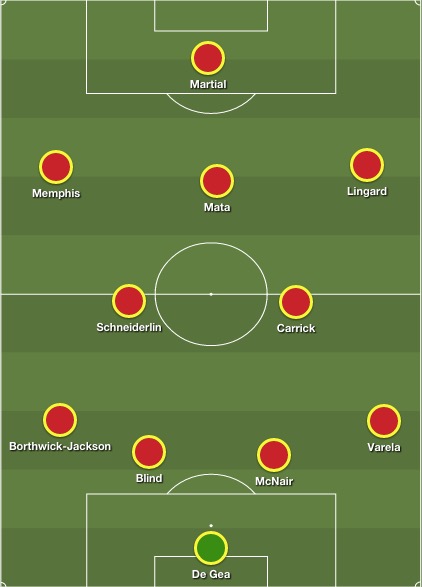 The return of Morgan Schneiderlin will be a big boost for van Gaal as the Frenchman should be able to shore up the middle of the park with Michael Carrick.

In terms of attacking personnel, Juan Mata, Memphis Depay, Jesse Lingard and Anthony Martial should, in theory, have enough creativity to unlock Bournemouth’s defence, although United’s problems up top this season have been well documented.

Anything less than three points will be vital for United if they are to relieve some of the pressure on themselves and van Gaal. The tide is turning in terms of supporter opinion following the early Champions League exit this week and United need to get their Premier League title challenge back on track.