Even Anthony Martial couldn’t hide his shock after Manchester United conceded from a corner against Bournemouth at the weekend.

The Frenchman was on the post and may have been able to clear Junior Stanislas’ corner with a header had David de Gea not got a fingertip to it, and the way Man United are currently playing it was just another blow.

When it rains it pours and right now nothing is going our way, and it’s pretty much all our own doing. 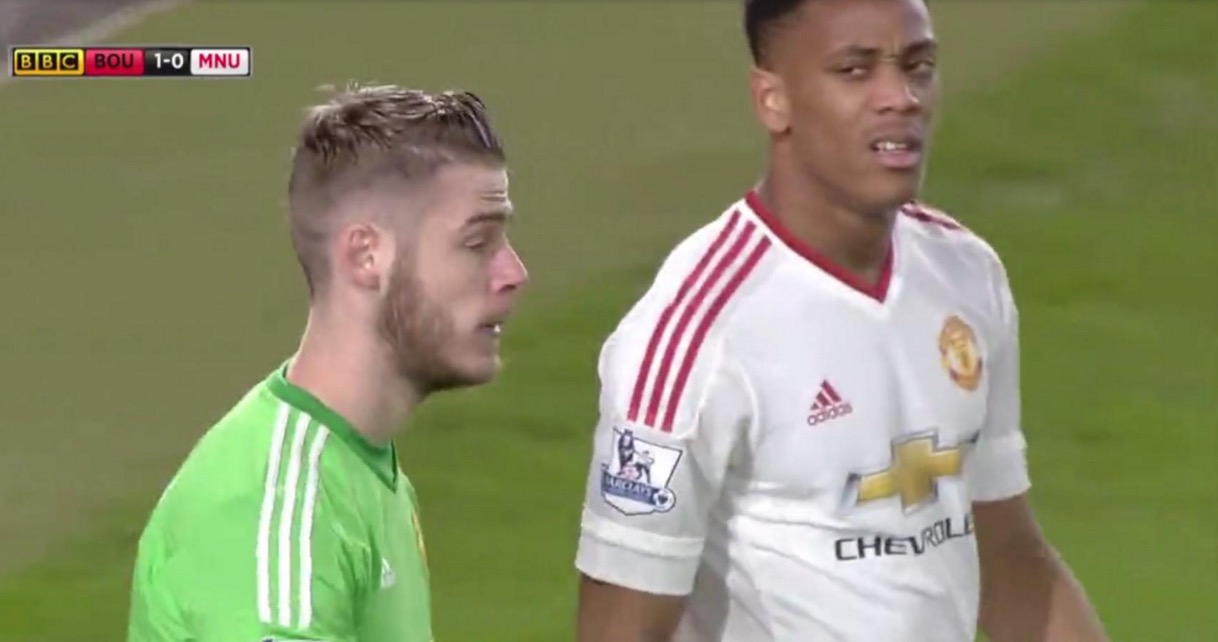 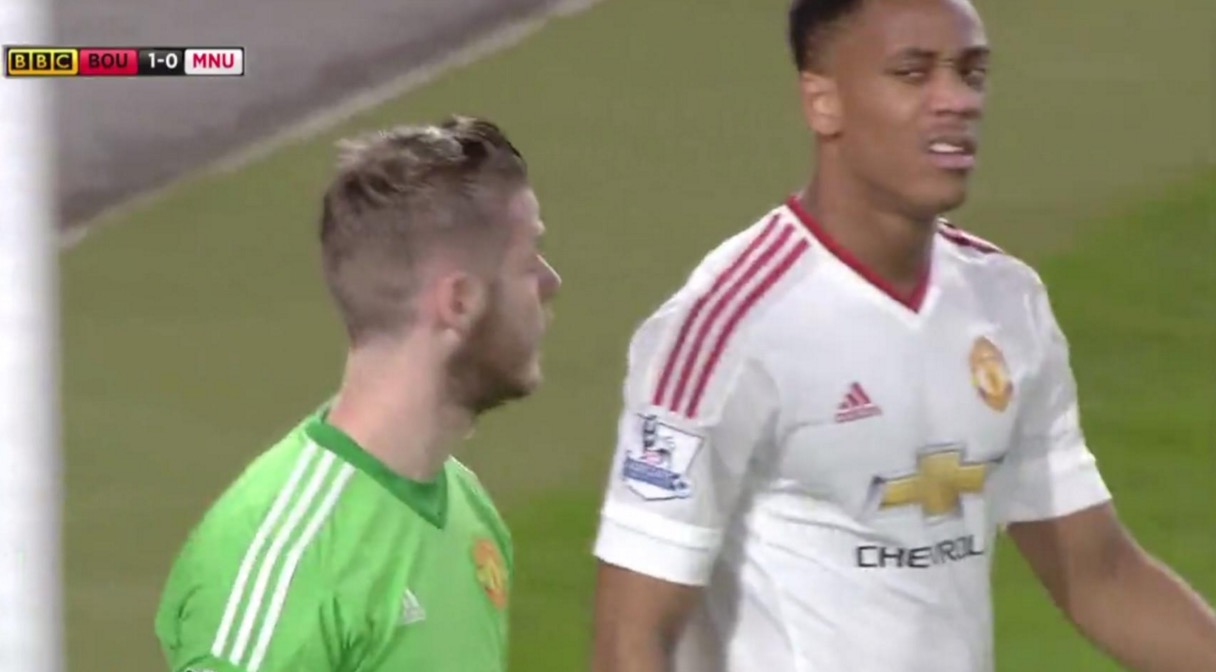 For me, the Bournemouth game was the most disappointing so far this season because I fully expected the team and van Gaal to demand a response out of themselves after the Champions League exit to Wolfsburg. ‘Surely we’ll turn it around’, I thought, and get this season back on track.

That couldn’t have been further removed from the truth. Yes, injuries didn’t help the situation but it’s not a valid excuse because Bournemouth’s side were ravaged by cruel injuries as well and we still had a much stronger team on paper. Ultimately, Bournemouth just wanted it more than us and comfortably won.

It’s just so frustrating to watch United right now and every fans’ face mirrored Martial’s when Stanislas scored from the corner and for the whole 90 minutes really. At no point did we pin Bournemouth back and take control of the game and with all due respect to them, we should be doing that to a newly promoted side if we are considering ourselves genuine title contenders.

We’ve got Norwich at home this weekend, another game in which you would consider United as favourites but after the flat performance against Bournemouth, at a time when I really expected us to give our all, losing on Saturday really wouldn’t shock me that much.