The trio have been sidelined due to injury in recent weeks but they should be available for the game against Norwich City this weekend having completed a week’s worth of training.

Rooney and Smalling are likely to feature from the start as they haven’t been missing for too long but Herrera may only make the substitute’s bench as he has been out for almost a month: 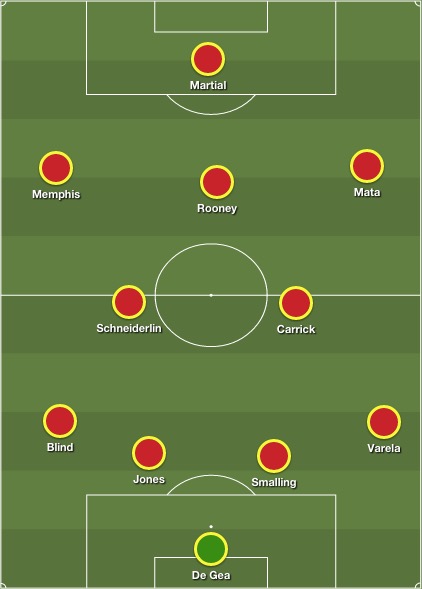 Elsewhere, Phil Jones may return to the starting XI to shore up a defence that has been patched up as of late.

The Englishman made a very brief cameo in the 2-1 defeat against Bournemouth last weekend and should be ready to face the Canaries.

His inclusion could mean that Daley Blind switches to left-back, although Cameron Borthwick-Jackson has performed admirably there, particularly against Wolfsburg in the Champions League.