In our first potential XI against Sheffield United, we took a look at a team which included a few youngsters in order to give some senior players a rest.

However, the other way to look at this FA Cup game is that it is our best chance of silverware this season, so Louis van Gaal may choose to put out a very strong team.

With that in mind, here’s our next potential XI which sees an almost unchanged side from that which beat Swansea 2-1 at the weekend. 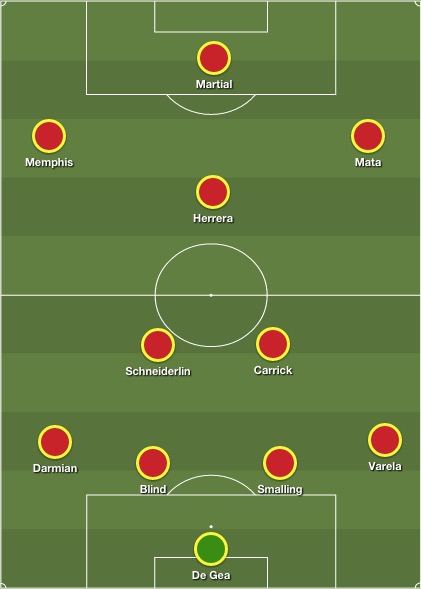 We’re already knocked out of the UEFA Champions League and Capital One Cup, so we’ve only got two competitions to contend with until the end of February when the Europa League knock-outs get underway. In that sense, our squad shouldn’t be overstretched.

It all depends how much van Gaal wants to win the FA Cup because if he does then I expect to see a strong team against Sheffield at the weekend.