In our next potential XI against Sheffield United this weekend, we’ve drafted in plenty of changes in order to rest some of the regular starters.

The most notable absence is Anthony Martial. The Frenchman has been given a couple of days off by Louis van Gaal to visit his family back in France this week and I expect him to be rested against Sheffield so he is fully fit for the tricky tie away to Newcastle.

Morgan Schneiderlin is also on the bench simply because I think we’ve got enough without him to win. Bastian Schweinsteiger and Michael Carrick are terribly slow but we should be able to control the pace of this game. 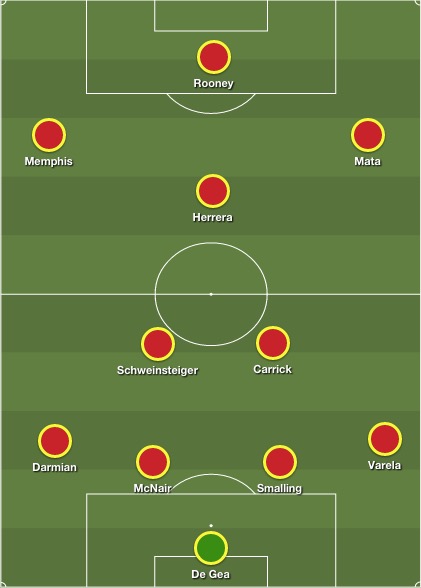 It’s in defence where there are lots of changes. Paddy McNair, Cameron Borthwick-Jackson and Guillermo Varela all come in to make a very young defence but this may well be too many changes in a game van Gaal will be very keen to win.

Do you think this team is strong enough or is van Gaal likely to play some more senior players?