Louis van Gaal may be tempted to play his strongest Manchester United side against Sheffield United in the FA Cup on Saturday in order to build on the momentum picked up in recent games against Swansea City and Chelsea.

Man United were much better from an attacking point of view in their last two fixtures, with Anthony Martial and Wayne Rooney in particular catching the eye.

Sheffield United currently play in League One but they will go to Old Trafford with nothing to lose and they will be dangerous as a result. 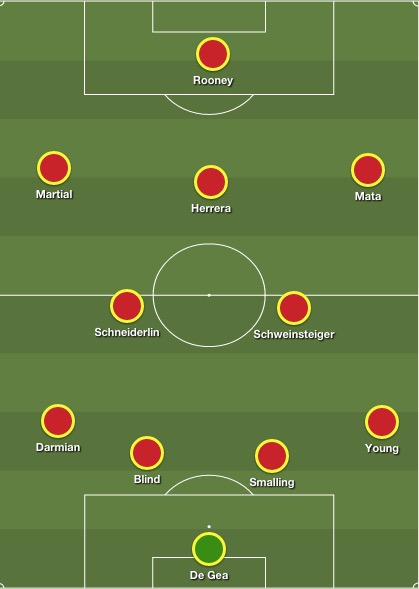 Martial has been excelling on the left wing as of late, while Rooney has shown signs of his former self up top.

Ashley Young, meanwhile, was superb against Swansea and he will be hopeful of maintaining his place in the starting XI having trained this week.

However, Phil Jones will play no part in the tie after picking up an injury. Jesse Lingard can also count himself unlucky to miss out after returning from a knock.