Memphis Depay made his case for a starting spot against Newcastle United next week with a bright cameo in Manchester United’s 1-0 win over Sheffield United on Saturday.

Memphis came off the substitute’s bench in the second half against Sheffield United and eventually won the late penalty which Wayne Rooney converted as Man United scraped through to the next round of the FA Cup.

The Dutchman was positive during the match and his display will force him into Louis van Gaal’s thinking ahead of the Premier League clash against Newcastle: 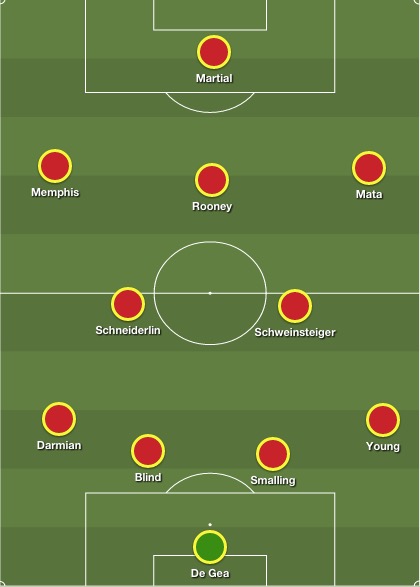 Memphis came to Old Trafford in the summer with huge expectations following a breakthrough campaign at PSV Eindhoven but he has so far failed to replicate that form at United.

Van Gaal’s side were awful from an attacking point of view against Sheffield United and they will be hoping for a much better performance against Newcastle.

If the veteran coach fails to get a positive result, the pressure will ramp up and there will inevitably be more calls for him to be sacked.