Games are coming thick and fast for Manchester United right now. Only 72 hours after the visit of Sheffield United on Saturday, we travel up to St James’ Park to face Newcastle United.

With such little time between the games, I expect to see some changes from the team which won at the weekend but in all honesty I don’t think there’ll be many for the simple fact our squad is so thin.

One crucial change should see Schneiderlin return in midfield after Bastian Schweinsteiger‘s knee twinge. Louis van GAal said he was only left out because his fitness was ‘in the red zone’, so he’ll surely start against Newcastle after missing the Sheffield United game? 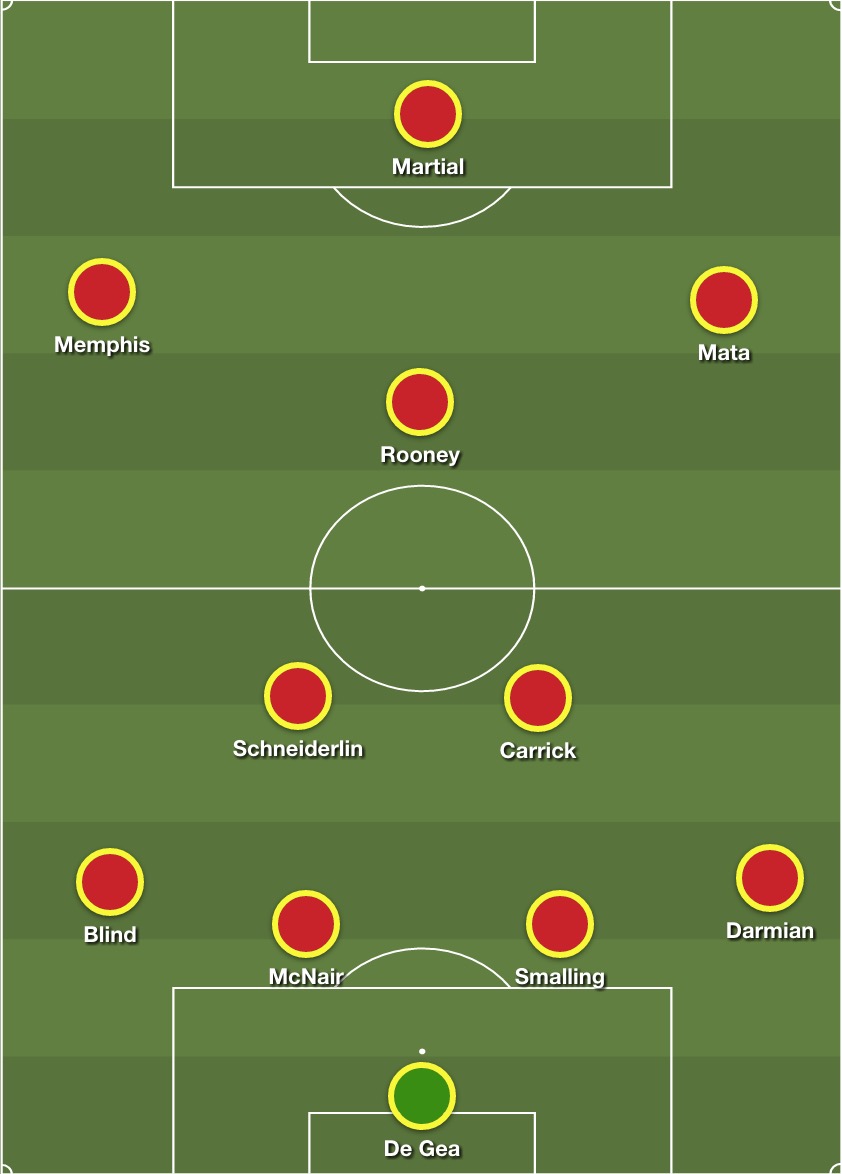 Another important change should hopefully see Daley Blind move into left-back. Cameron Borthwick-Jackson was OK in points on Saturday but his final ball into the box was poor, something Blind would have no problem at.

Up front, Memphis Depay should start after an impressive cameo against Sheffield United.

Do you think this is our strongest XI vs Newcastle United?