Manchester United fans have been losing patience with Marouane Fellaini as of late and he did himself no favours with a poor display in his side’s 3-3 draw against Newcastle United last time out.

Fellaini conceded a number of cheap fouls, struggled to impose himself in the middle of the park and spurned a glorious opportunity to wrap up the game for Man United with the score 3-2 late on.

It is painfully obvious that the Belgian isn’t a deep lying midfielder and Louis van Gaal will be hoping that Bastian Schweinsteiger is fit to take his place in the game against Liverpool on Sunday: 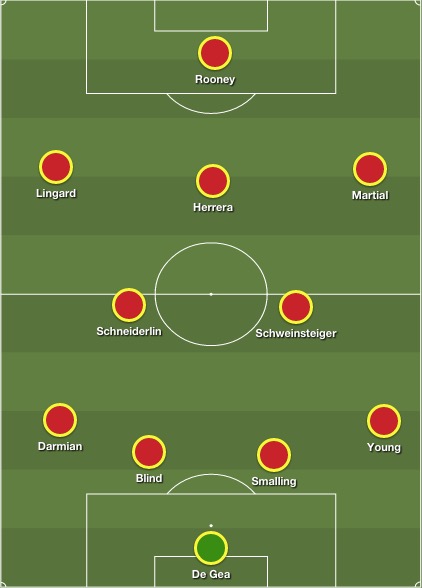 Dropping points against Newcastle has made the clash at Anfield a vitally important one in the race to finish in the top four of the Premier League.

Fellaini has his uses but, more often than not, he is a hinderance to United’s play.

He enjoyed an encouraging campaign in van Gaal’s debut season but those memories have all but disappeared and United may need to consider moving Fellaini on in the summer.