In the dying minutes of Manchester United’s 3-3 draw against Newcastle United on Tuesday, Louis van Gaal’s side needed a player to take control of proceedings and slow things down.

As it happened, Man United failed to take the sting out of the clash following Wayne Rooney’s goal ten minutes from time and Paul Dummett equalised late on to earn a point for the Magpies.

Van Gaal has shown this season that he likes his side to have complete control of matches and Michael Carrick may be reinstated to the team for the trip to Liverpool as a result: 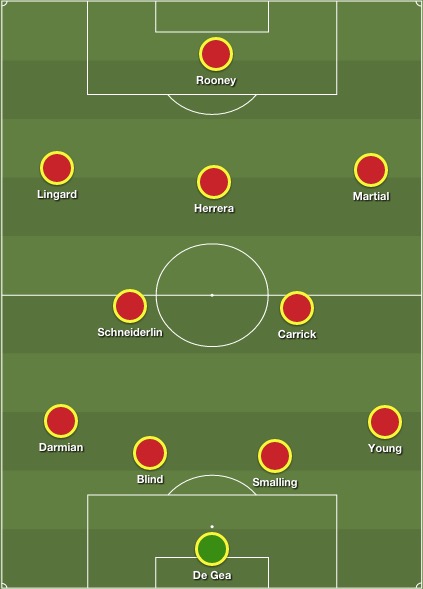 Of course, United supporters have been crying out for their side to take more risks this season but conceding three against Newcastle in the cruel nature that they did may necessitate a rethink.

Carrick’s calmness on the ball would have gone a long way to securing three points against the Magpies in the later stages.

There will no doubt be a hostile atmosphere at Anfield on Sunday and Carrick’s inclusion could help United keep the ball off their opponents.