Man United Potential XI vs Southampton: Schweinsteiger in, Fellaini out

Manchester United will head into the Southampton game with real momentum now after a scrappy 1-0 win over Liverpool this weekend.

It wasn’t pretty but it got the job done and that’s a characteristic which we had in all of our title winning seasons. That’s not to say we’re going to win this year but it’s a great asset to have.

In terms of this potential XI, the big change is obviously the return of Bastian Schweinsteiger to replace Marouane Fellaini. The Belgian should not be starting in central midfield for Man United, end of discussion, and Schweinsteiger may well be fit to return which would be a big boost. 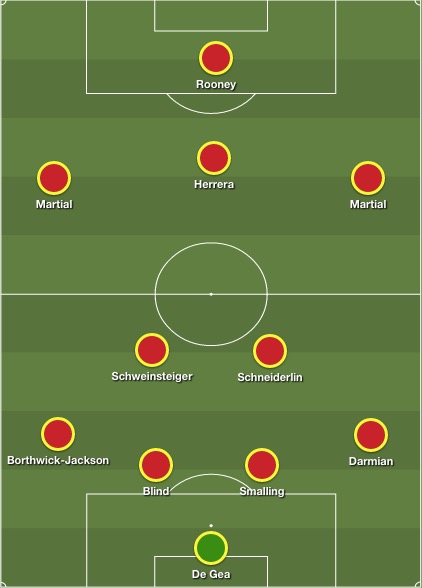 Fellaini showed where he can be dangerous against Liverpool – in the last embers of a game when United need a goal. That’s when we should use him, not from the first whistle in a position which asks him to be clever with the ball at his feet. You’ve got to play to his strengths if he is used, not ask him to play an unorthodox role.

What do you think of this potential XI vs Southampton?