Ander Herrera has forged a close relationship with Manchester United fans in his short time at the club.

The Basque midfielder’s wild celebrations after Wayne Rooney‘s winner at Anfield summed that relationship up; he loves the club and we love having him here. 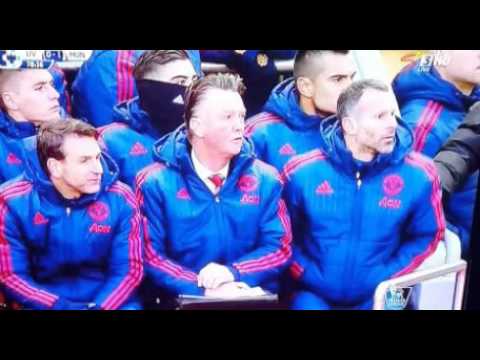 So, it comes almost as no surprise to see Herrera taking some time out to respond to fan mail he’s received by signing some pictures to send back.

Nice to receive letters from United's fans around the World. Thanks for your support and affection pic.twitter.com/XBcksDkZbi

You’ve got to love Ander. He’s a genuinely loveable guy and examples like this are exactly why he’s got such a close connection with our fans already.

I’d never wish an injury on Herrera but if he does find himself unavailable for an away game some time soon, Herrera needs to get himself a ticket and join the fans. He’s already made it clear it’s something he wants to do and I’d love to see Ander bouncing in the away end.

It’s a small gesture – responding to fan mail – but in a time where modern footballers rarely keep close to fans other than a simple message on Twitter or Facebook, it’s one which resonates all the same.