Manchester United youngster Andreas Pereira will be hopeful of securing a starting spot in the FA Cup clash against Derby next week.

Pereira recently expressed his frustration having not received many first team opportunities as of late and the clash against Derby would be perfect for the Brazilian to impress.

However, after the 1-0 defeat against Southampton last time out, Louis van Gaal will still want to put out a strong team against the Rams: 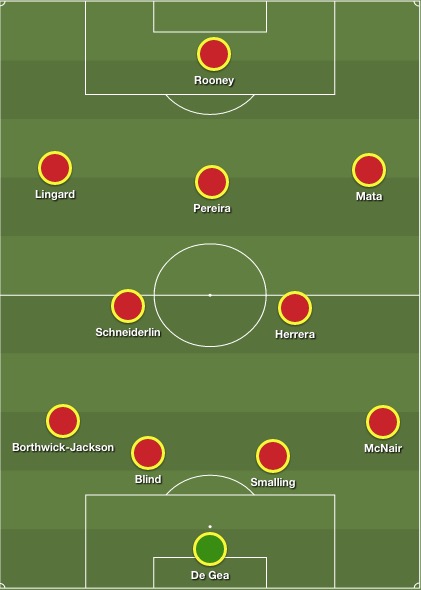 Pereira clearly has talent, and he is too good for the U21s, but van Gaal has been reluctant to play him during his time in charge of United.

Jesse Lingard has enjoyed an extended run in the first team but Pereira, bizarrely, hasn’t had a look in.

Supporters will be hoping he gets a chance against Derby as they will want to avoid a situation similar to Paul Pogba, who left United as a youngster having failed to win over Sir Alex Ferguson.