If there is one change I am desperate for Louis van Gaal to make for Friday night’s game against Derby County, it’s to take Marouane Fellaini out of the starting XI in central midfield.

Say what you want about Fellaini but he isn’t a central midfielder but van Gaal keeps using him there. So, please, for the love of god, let Bastian Schweinsteiger be fit to face Derby.

The German has been missing for a few weeks now and it has coincided with Fellaini starting every week in central midfield, despite the fact Ander Herrera could happily play there. 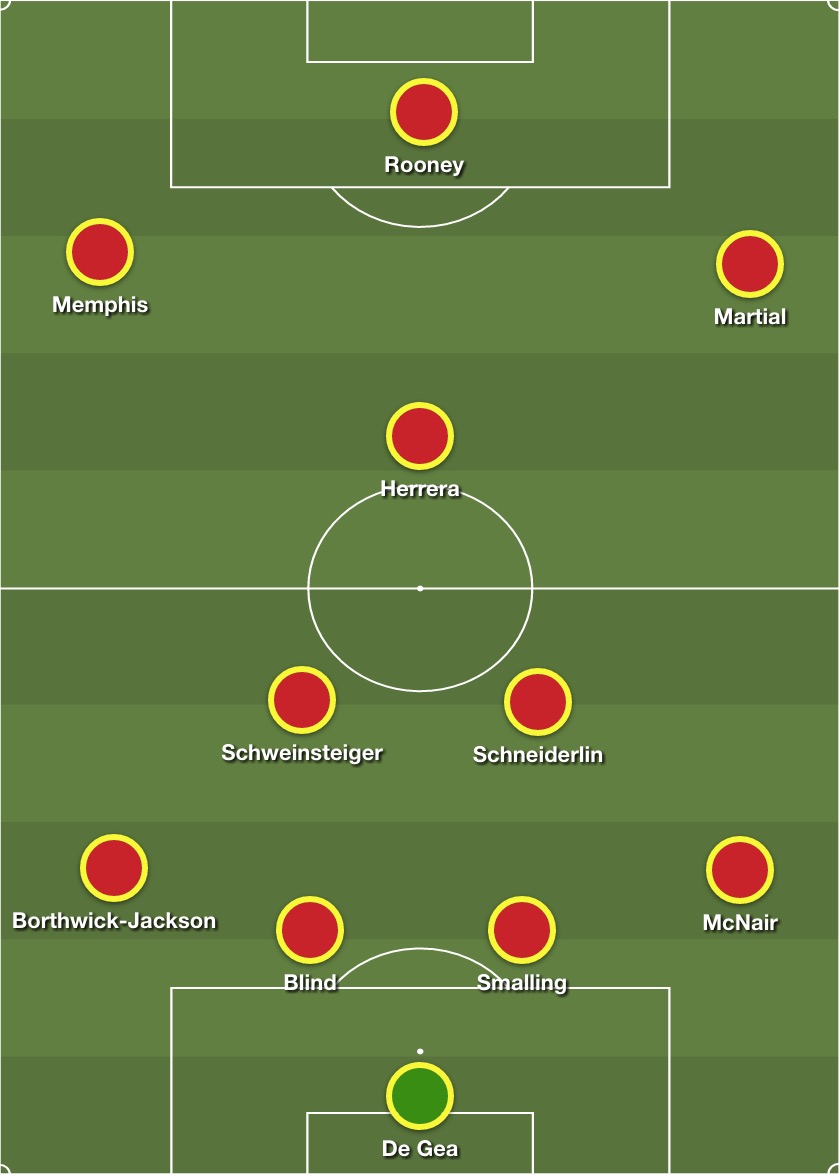 I don’t expect to see Darmian in the team either and van Gaal’s decision to bring on Paddy McNair against Southampton when Guillermo Varela was on the bench indicates to me he prefers the Northern Irishman in that position.

With Schweinsteiger in and Fellaini out, I’d at least be a little bit more confident that United won’t be as cumbersome in midfield as we have been in recent games.