Pictures have emerged of the rumoured Manchester United Adidas home kit for the 2016/17 season.

The leaked strip looks to have been inspired by the half-and-half design of Man United’s formative years – specifically the Newton Heath kits.

Adidas’ kit this season broke a number of sales records and they will be hoping for similar results in the second year of their huge supply deal with United. The pictures which have emerged show a basic effort with a two-tone hue dominating the shirt: 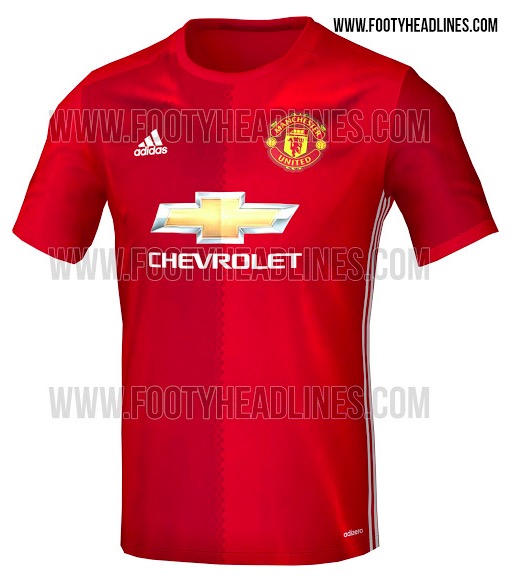 Of course, Adidas have included their signature stripes down the side of the strip but the overall sense is one of a clean, crisp home kit.

It is an interesting design but supporters would much rather that the club sorts out internal matters first.

Louis van Gaal is under huge pressure at Old Trafford and it remains to be seen if he will still be in charge of the club next season.