Louis van Gaal will be boosted by the news that Michael Carrick is fit enough to feature in the FA Cup clash against Derby this weekend.

Carrick’s return should mean that Marouane Fellaini, who has been poor in recent weeks, drops to the bench.

However, Carrick will not be able to complete 90 minutes at Pride Park. His inclusion will still be a welcome one for Man United supporters: 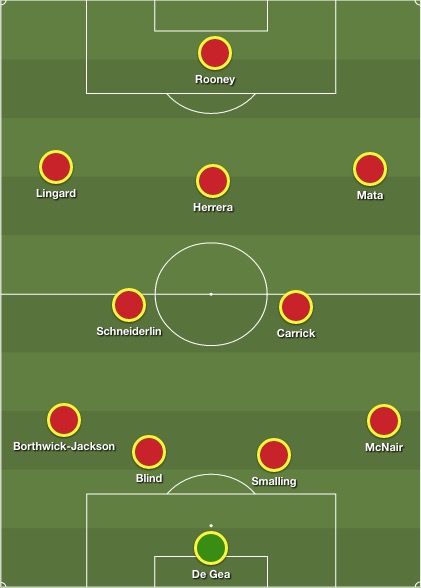 Elsewhere, Paddy McNair should start at right-back as Matteo Darmian will be sidelined for the match against Derby, although the Italian should be back sooner than expected.

It means the defence will have a threadbare look to it once again but van Gaal does not have the luxury of options, with Marcos Rojo, Antonio Valencia, Ashley Young, Luke Shaw and Phil Jones all out.

It is crucial that United ensure their smooth progression to the next round of the FA Cup. Anything less than a comfortable win and good performance from United will inevitably see the pressure grow on van Gaal and calls for him to leave will increase.