Guillermo Varela enhanced his reputation with a superb display in Manchester United’s 3-1 win over Derby on Friday.

The youngster was included in the lineup in the absence of the injured Matteo Darmian and he worked tirelessly up and down the right flank.

Varela wasn’t afraid to get stuck in, was a threat going forward and he linked up well with his teammates. His performance will force him into Louis van Gaal’s thinking for the game against Stoke City next time out: 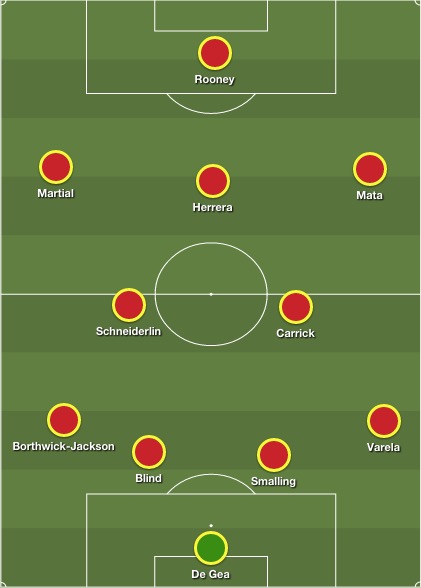 Elsewhere, Michael Carrick will be hoping he’s fit enough to start in midfield having completed a cameo from the bench against Derby.

Marouane Fellaini has been playing in central midfield as of late but the Belgian’s impact has been minimal.

The win against Derby, although impressive, should not take the spotlight away from van Gaal, who has been firmly under pressure. It is crucial that United build on the result against Stoke.