Manchester United’s Marouane Fellaini put in a much improved performance against Stoke City last time out but Louis van Gaal may be tempted to replace the Belgian with Morgan Schneiderlin for the game against Chelsea on Sunday.

Schneiderlin’s composure and assuredness on the ball should prove invaluable at Stamford Bridge up against the likes of Nemanja Matic and Cesc Fabregas.

Fellaini provides a physical presence in the middle of the park but it is clear that he does not have the ability to out-manoeuvre and out-pass quality opponents: 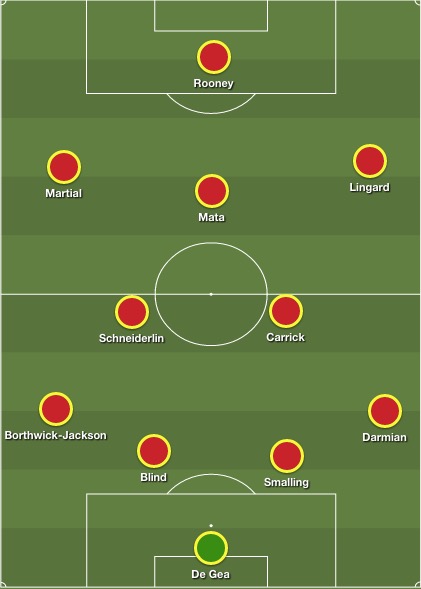 Alongside Michael Carrick, Schneiderlin should give United an incisiveness going forward.

Meanwhile, Juan Mata will be hopeful of continuing in the No.10 role against his former side having impressed there in the win over Stoke City on Tuesday.

The Spaniard’s form had dipped as of late but he seems to have rediscovered his form at exactly the right time for van Gaal’s side.