Home » Martial, Darmian and Smalling named in WhoScored Team of the Week

Martial, Darmian and Smalling named in WhoScored Team of the Week

Anthony Martial, Chris Smalling and Matteo Darmian have been named in WhoScored’s Premier League Team of the Week.

All three started and finished Manchester United’s convincing 3-0 win over Stoke City on Tuesday night and the Frenchman’s Man of the Match winning performance has been recognised with a fantastic 9.25/10 rating.

I personally thought Smalling was a bit too tentative with the ball when he brought it out of defence but seeing as we kept a clean sheet and David de Gea didn’t have much to do, it’d be overly harsh to criticise any Man United defenders for how they played against Stoke. 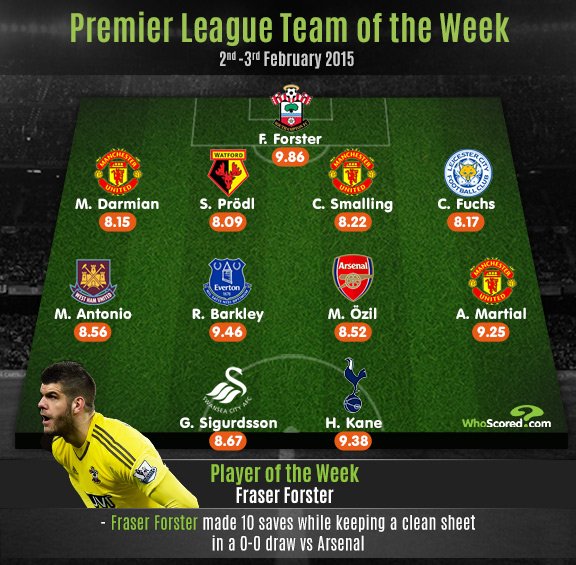 Darmian’s inclusion in the team this week was a bit surprising given how good Guillermo Varela was away to Derby County but he put in a great account of himself which is good to see, given that his form dropped off quite a bit since the Arsenal defeat earlier this season.

All three players deserve their place in the Team of the Week and that game should be the perfect way to build their confidence ahead of this weekend’s trip to Stamford Bridge.